Infographic: The Future Is in the Cloud

Everyone seems to have their head, and their data, in the clouds these days. A new infographic from hard drive manufacturer Seagate chronicles the cloud’s growing role in content storage, useful for everything from finding directions on Google Maps to downloading a digital coupon. 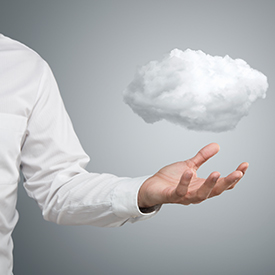 In layman’s terms, cloud computing simply means storing and accessing data and programs on the Web, instead of on your machine’s hard drive. Or, as PCMag’s Eric Griffith put it, “The cloud is just a metaphor for the Internet.”

More than 60 percent of businesses run their IT-related operations via the cloud. About 15 percent of U.S. healthcare systems leverage cloud services to store images, a number that is expected to reach more than 50 percent in the next three years.

Even the education, financial, and construction industries benefit from the cloud, which provides increased efficiency, more resources, and added mobile business with the help of the cloud.

The cloud runs very differently, though, for business customers than average consumers. Organizations can choose from a plethora of applications, whereas common cloud options come in more popular forms, like Google Drive, Apple iCloud, and Amazon Cloud Drive.

Online retail giant Amazon has made quite a splash in the cloud computing world. According to the infographic, there were one trillion objects stored in the Amazon Simple Storage Service (S3) as of June 1, 2012 — the equivalent of 3.3 objects for every star in the galaxy.

But what does increased cloud operation really mean for the American economy? According to Seagate’s infographic, the global market for cloud-based equipment — servers, storage, networking hardware, high-speed links — will reach a whopping $79.1 billion by 2018.

Just think, for the same price, you could buy 2,000 private jets.

The entire cloud storage system is quite massive, in fact. Based on Seagate’s infographic, it is estimated to carry more than 1 exabyte of data, which is proportionate to the entire population of Thailand owning an iPhone.

For more, see PCMag’s list of The Best Cloud Storage Solutions. Also, check out the full Seagate infographic below.