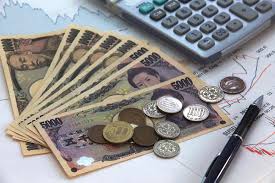 DailySocial, included, is one of them that received Series A funding from B Dash Ventures. This article aims to analyse this trend that started at the beginning of 2013 and does not show any signs of slowing down.

According to CyberAgent Ventures’ Takahiro Suzuki, Indonesia’s growing GDP, as well as the growing population and consumerism have been the main reasons for the aforementioned trend. However, despite the huge potential, the numbers can still be dwarfed by a similar rate in the more mature Japan market. This is the reason why many Japan-based companies prefer to invest, rather than build their own base of operations in Indonesia.

Similar opinion has been stated by Teruhide Sato, Group CEO, Netprice Japan, “Japan and Indonesia have a good relationship, making it easier for Japan-based companies to invest in the country.”

From founders’ point of view, this strategic investment will be very beneficial for them, as most of the Japanese investors have more experience in the industry. Thus, when they come to Indonesia to invest, they are not only investing their capital, but also their knowledge. “As founders, our main priority is to get capital. However, we realise that we also need guidance and mentorship in developing our business,” said Anton Soeharyo, CEO, Touchten, whose company recently received Series A funding from Cyber Agent Ventures.

Contrary to Japanese investors, most local Indonesian investors are not really interested in the online industry yet. As stated by Italo Gani, CEO, Adskom, whose company received funding from Rebright Partners, “Most Indonesian investors have not seen any potential yet in the internet industry.”

Ferry Tenka, CEO, Bilna supports Gani’s statement. He believes that only Japanese investors have confidence in the online industry of Indonesia. Although there are many foreign investors from other countries as well, most of them are Japan-based companies.