When you think of big business, you think of large buildings and spanned real estate to house the users and data centers needed to drive a midsize and large company. 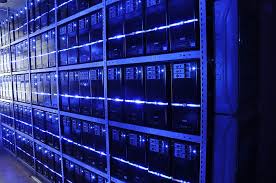 Cloud computing started as a way for smaller companies to afford the high costs of technology for both web and internal applications and hardware support. However, midsize businesses have also realized that a cloud host’s cost effective, secure and scalable platform can lower the costs of hardware and application support and drive faster user experiences for employees.

The Expansion of Private Clouds

As CNN reports, bigger companies are continually moving towards large private clouds to facilitate more resources for increased revenue and employee resources. Even one of the largest, IBM, has added to its SmartCloud cloud service and acquired SoftLayer, a cloud host dedicated to small and midsize businesses. While SmartCloud owns the large enterprise business revenue, IBM acquired SoftLayer for its midsize business support and its affiliation with OpenStack, an open source cloud component that allows cloud computing hosts to offer very affordable services.

CNN’s report lists several of the benefits of cloud hosts and private clouds. For instance, cloud hosts usually have developer tools and resources. Instead of requiring developers to log in and deal with reports and hundreds of forms to release small software applications, the developer can log in to one cloud portal and upload software to test and deploy. The time and resources saved not only benefit shops with one or two programmers, but also help midsize businesses deploy code from collaboration software with several software developers.

“As a Service” Systems

CNN also reported that companies were taking advantage of the systems as a service. Systems as a service include platform (PaaS), infrastructure (IaaS) and software (SaaS). These services allow the business to enhance support and resources to scale a network without the high costs of housing and purchasing servers and bulky hardware. When the company needs more hardware, IaaS allows the IT manager to log in to a dashboard and add hardware resources to the cloud. An additional benefit to scaling up is that the IT manager can also scale down. Scaling down is beneficial during slower business seasons. This means the technology scales with the business revenue, so businesses are not tied into expensive contracts throughout the entire year.