If Cloud Computing Is Here, Then Where Is My Jet Pack?

When I was a kid, I was enamored with the idea that I was going to get a jet pack. I thought that when I was old enough to go to work, I’d just tie on the ol’ pack and blast myself over the highways and byways, landing deftly on the roof of my office. It didn’t work out that way. Neither did the robot maid, the home video phone, or the car that was also a boat. 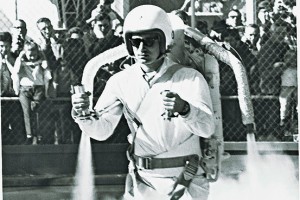 The dream of utility computing feels a little bit the same way. For decades, businesses have labored to deploy complex, high-performance data centers to power their enterprise applications. The good news is that these systems work; the bad news is that they are costly and inflexible. Since every company in the world is custom designing its own data center, it seems reasonable that if one firm could specialize in building and running data centers, it could do a much better job than everyone “rolling their own.” The obvious analogy is to power systems. In the years of early industrialization, companies would develop their own power system, such as a water wheel. The good news is that it worked; the bad news is that it was costly and inflexible. Sound familiar?

A decade or two ago many vendors began to promise “utility computing,” in which corporations could just plug in to the grid. I remember reading compelling print ads from IBM promising to deliver on this idea in the late 1990s. However, the concept of utility computing—multiple companies sharing a common pool of standardized computing resources—never really took off. Like my jet pack.

The reason utility computing has stayed on the shelf for the past decade or so is that the tools available to aspiring cloud providers (originally called ASPs, or application service providers) were no different than the tools available to the enterprise at the time: high-performance, scale-up hardware systems that were powerful, but expensive and inflexible. In commonsense terms, it’s rarely cheaper to pay someone else to run gear that you could easily just run yourself. So “cloud 1.0” really manifested itself as hosting—moving your dedicated IT stack into someone else’s data center. Hosting is an offering that made sense for some, but it had limited appeal overall.

Then why is cloud computing so interesting now? I’ve spent the last year and a half flying around the country and talking to several hundred CIOs and senior IT leaders. I met with the CTO of a 150+-year-old insurance company, who summed it up like this: “At one point we used to make our own furniture,” he said. “We don’t anymore.” He’s right. And now, just as we buy our chairs at Knoll or Steelcase instead of building them, we can buy capacity in the cloud instead of building our own data centers.

The providers in the space—companies such as Amazon, Google, and Microsoft—are making massive investments to constantly increase the scale, automation, and efficiency of these data centers. Amazon Web Services (AWS) estimates that it adds enough capacity every single day to power the computing needs of a $5B corporation. The public cloud providers are a juggernaut, competing with each other to offer never-ending increases in performance and decreases in cost. They’re building massive data centers in remote places that are close to cheap hydropower and offer excellent ambient cooling. The true scale-out public cloud providers are the ones creating the underpinnings for the future of computing.

Make no mistake, the public cloud is still in its infancy. There is still much to do. But as the software technology matures, it will increasingly be able to lash together thousands of low-cost computing nodes and create a flexible, high-performance corporate data center. Maybe my wait will be rewarded. I’m getting my jetpack ready.