IBM to focus on cloud computing in 2014 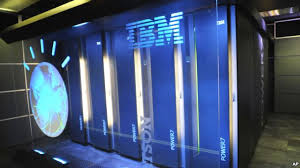 New data centers will be launched in China, Washington, D.C., Hong Kong, London, Japan, India, Canada, Mexico City and Dallas. It will give the company a cloud presence in 15 countries and five continents.

He added the move signified a “major step in driving a global expansion of IBM’s cloud footprint and helping clients drive transformation.”

It is also a response to IBM’s competitors who have challenged IBM in recent years in cloud computing, particularly Amazon Web Services, Google and Microsoft. All of these companies have said they intend to spend at least $1 billion annually on cloud computing, according to a report in The New York Times.

IBM is trying to regain its foothold in both the private and the public sector. Last year, IBM paid $2 billion to buy the cloud company Softlayer, which leases online storage space to companies. IBM said the latest investment will bring its data center count to 40 in 13 countries this year.

Not all of its fights for contracts have been successful, however. IBM spent much of 2013 contesting a $600 million contract between Amazon and the Central Intelligence Agency for cloud services before withdrawing the protest in October, according to The New York Times.