ORLANDO — IBM giving its social business strategy a significant push this week through a nearly week-long conference along with the debut of several new software and cloud services products. Announced at the start of IBM Connect 2013 on Monday morning, the latest releases from Big Blue are a direct result of its recent acquisition of HRM software provider Kenexa. Thus, the intention for these new services are to enable businesses to integrate IBM’s social networking and analytics technologies with critical business processes. 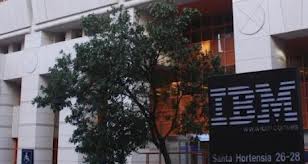 IBM is also aiming to pique the interest of other decision makers besides the CIO — specifically CMOs and HR managers — through an emphasis on the user experience and value.

Here’s a rundown on the new services:

To recall, IBM acquired Kenexa for $1.3 billion last August to develop a “smarter workforce” through social software and services directed at business units such as customer service and HR.

With Kenexa’s recruiting and talent management portfolio, the merger also lined up IBM with a number of other tech giants (namely Oracle, Salesforce, and Microsoft) that acquired smaller but notable social media-focused companies in 2012.

IBM’s latest announcements come at a time when the corporate world is still trying to figure out what a “social enterprise” should look like.

For example, Cowen & Co. analyst Peter Goldmacher suggested in a memo last week that the social enterprise/revolution trend isn’t as much about software but really about company culture.

Based on his argument, it also seems that cloud will be more of a lasting selling tool than social.

In defense or promotion of social business, IBM cited a 2011 Forrester study in the announcement that described social business as an “emerging business category,” and social technologies are expected to be worth $6.4 billion by 2016.