IBM has patented a solution which the tech giant claims is a “green button” that distributes a cloud service to lower power systems to help save environmental costs. 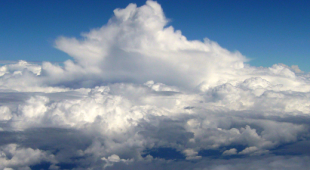 “We have invented a way for cloud service providers to more efficiently manage their data centres and, as a result, significantly reduce their environmental impact,” said Keith Walker, IBM master inventor.

In a supporting blog, Walker goes into more detail about the idea behind the patent, stating that there would be an ‘environmentally friendly option’ on the CSP’s setup wizard.

“It’s like purchasing a computer – you have the choice of buying a high speed hard drive, but do you need it for what you actually plan to do with the computer?” Walker wrote.

“Would something less powerful, but more energy efficient, meet your needs? Certain cloud services, or tasks within a service, don’t need a great deal of power, or can be done during off-peak hours,” he added.

This, of course, is in a wider context the original thinking behind cloud computing – companies no longer buying huge amounts of IT resource for what they think they’ll need, preferably scaling as appropriate.

Yet IBM argues that, as the data centres “treat all applications the same”, something needs to be done. And Big Blue is the go-to firm to pull that off, with more than $6bn per year being invested in R&D and the company receiving a record 6,478 patents in 2012 alone.

CloudTech has looked at green cloud computing research in the past, with industry opinion not exactly conclusive.

Back in June, the Lawrence Berkeley National Laboratory put together a model which predicted an 87% reduction in primary energy use if companies moved their business software to the cloud.

Yet in April Melbourne’s Centre for Energy Efficient Telecommunications blasted that “access networks, not data centres, are the biggest threat to the sustainability of cloud services” – going against the idea of IBM.

The full IBM patent can be found here. Does the cloud industry need to take a closer look at a greener ecosystem?