Technology services company IBM gave a better than expected 2013 outlook after a solid fourth quarter that analysts say has more to do with Big Blue’s smooth execution than a vibrant tech spending environment. Companies had been widely expected to hold back on IT purchases in December in part because of worries about the so-called US fiscal cliff. Automatic tax increases and spending cuts would have been triggered had Congress not made a deal to avert the cliff and could have pushed the weak US economy into recession. 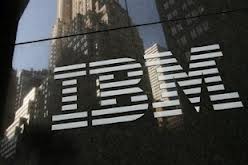 But IBM said yesterday that its quarterly results beat forecasts and it plans to achieve earnings of at least $16.70 a share for the full year, above analysts’ consensus forecast of $16.57.

While some analysts said IBM’s earnings may be a sign of an improved tech spending environment, others said the strong results were specific to IBM’s business model.

“IBM is better positioned in a tough environment than most tech companies are,” said Cindy Shaw, managing director at Discern.

IBM made a bold strategic move a decade ago when it bought PriceWaterhouse’s consulting business and then decided to exit the PC business, betting its future was in finding solutions to business problems with the help of software and technology. That strategy appears to have paid off.

“What IBM does better than anyone, with the exception of Accenture, is solving problems and I am not talking about taking out some costs, but really driving revenue,” Ms Shaw said.

In addition, she said, IBM was strong in “hot growth markets” such as data analytics, cloud computing, emerging markets and what IBM calls smarter planet, which aims to improve areas such as traffic, power grids and food production.

Sterne Agee analyst Shaw Wu agreed, saying the success appeared to be more specific to IBM than the industry in general.

“The results show that the IBM advantage and business model – vertical integration of hardware and software – is difficult to replicate,” he said. “IBM has been doing this the longest and customers are very accustomed to it. They have a much stronger offering and brand name.”