IBM Invests $1B in Cloud Computing

U.S.-based computer giant IBM says it plans to invest more than $1 billion into a group focused on research and development of cloud-based cognitive applications and services for business. 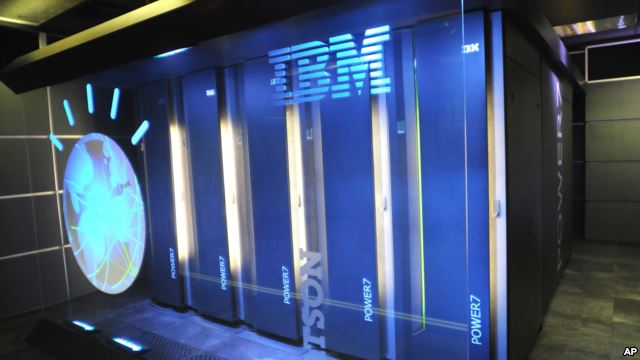 The new Watson Group will be headquartered in New York City’s technology hub, near East Village, with more than 2,000 professionals who will design, develop and support the spread of the so-called cognitive computing technology.

The new technology is based on artificial intelligence, the combination of powerful computers and software that can analyze information and give answers to complex problems, such as medical diagnoses or financial transactions.

It made headlines in February, 2011 when it beat humans on the popular American television quiz show “Jeopardy.”

IBM’s experts will also be tasked with identifying markets for cognitive computing, such as health and financial services, retail, travel and telecommunications. The new system will also be available via the Internet to outside developers with business plans based on cloud computing.

Work with its current commercial customers has not generated substantial income for IBM’s Watson Group. The new plan and investment, however, indicate the company’s belief that cognitive computing technology has a bright and profitable future.