The cloud is a piggy-back industry: This week two heavyweights in the IaaS cloud computing market – Amazon Web Services and IBM – both announced they would offer services for customers in China. 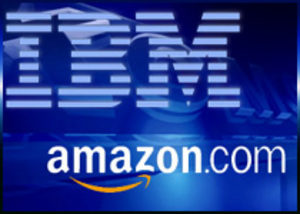 On Wednesday morning Amazon.com announced via press release plans to work with Chinese partners ChinaNetCenter and SINNET to open up AWS cloud computing services in the country.

(Foreign companies are required by Chinese law to work with China-based companies in the country.)

Within 24 hours, IBM had its own dueling press release announcing the expansion of its SmartCloudEnterprise+ cloud platform into China as well. IBM will work with Chinese Internet data center provider 21Vianet Group to host its managed private cloud service.

The moves represent a new frontier for these U.S.-based cloud computing providers to expand into a major new market. These companies have seen modest success offering IaaS cloud services in the U.S., South America and Europe, so expanding geographically into Asia is a natural course of action. OpenStack recently held its bi-annual summit in China, too.

But the other interesting part of this news is the back and forth jockeying by the vendors, each announcing an expansion of services into China within 24 hours of one another. It’s not the first time this has happened. Just this week Cisco announced a partnership with VMware and Citrix to offer a new desktop as a service (DaaS), a market that Amazon recently announced it would be entering.

Earlier this year cloud companies were engaged in price wars. In April, Google announced a price cut for its Google Compute Engine platform – which at the time was still in beta, but has since been released into general availability. Within 12 hours, Amazon Web Services countered the move with a price cut of its own. It happened again in June when AWS and Google announced price cuts within hours of each other.

It happens with features too. AWS had a clear advantage being the first provider to roll out an extensive IaaS cloud service, and because of that got a head start on competitors in terms of the features it offers in the cloud. For example, Microsoft and Google launched auto-scaling and load balancing features earlier this year, both long-time feature of AWS’s cloud.

The fact of the matter is that the cloud computing market is an emerging industry. Some of these features, like load balancing and auto-scaling, are basically table stakes to have a competitive, enterprise-class IaaS cloud. But on the other hand, companies are looking for any edge they can have on their competitors. It’s as if the vendors are saying to one another: “Anything you can do, I can do better.”