IBM has established a global network of eight data centers to supply infrastructure as a service (IaaS) and is now offering Smart Cloud Enterprise+ for running production workloads, including SAP applications. Unlike Amazon.com or Rackspace IaaS, IBM customers will find System Z mainframes and System P servers running AIX in the IBM cloud. That makes SmartCloud more compatible with the workloads of IBM customers. Most services are based strictly on standard Intel or AMD x86 servers, and it remains difficult to migrate Z series or P series workloads to x86 servers. 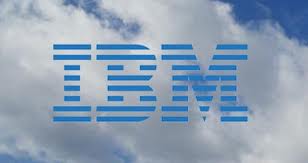 BM’s IaaS data centers are located in Boulder, Colo.; Raleigh, N. C., Montpellier, France; Ehningen, Germany; Sydney, Australia; Sao Paulo, Brazil; Tokyo; and Toronto. It will add a ninth at mid- year in Barcelona, Spain. The company has previously offered IaaS in the U.S. and Europe. Offering greater geographic coverage often helps companies find a site in which to store their data. France, Germany and Canada all have regulations on what data may leave the country and what may not.

Tuesday’s announcement was the first time IBM said its Enterprise+ services, which offer individually tailored service level agreements, have been available in all major regions of the world.

nlike Amazon, IBM will let the customer choose to either manage his own workload or let IBM do it, similar to a managed hosting service, for an additional fee. It will also gear the service to the degree of availability and security desired by the customer. SmartCloud Enterprise+ can have service levels that guarantee availability for operating system-instance from 98.5% to 99.9%.

Jim Comfort, general manager of IBM SmartCloud services, called it “a logical evolution of IBM’s sourcing business.” By giving customers a choice of servers, reliability and security, IBM is “defining a new enterprise-grade cloud today,” one that lets a company hand off the headaches of maintaining IT systems to IBM, he said in a statement.

“We don’t believe in one size fits all,” Craig Sowell, VP of cloud marketing, said in an interview. “Our service level agreements can be aligned to what the client is trying to achieve. We can provide different levels of management” of SAP apps, he added. Running SAP applications in the SmartCloud as either customer-managed or IBM-managed applications is a key part of IBM’s strategy, said Sowell.

IBM manages the elasticity needed by the applications, as demand rises and falls, rather than the customer needing to learn the infrastructure and make decisions to support it.

By automating the provisioning of a standard SAP application, IBM can promise quick delivery of application services along with 99.7% availability, according to Sowell. The service is available for SAP Business Suite and SAP BusinessObjects, running in production environments.

IBM recently claimed it saw an 80% increase in its cloud revenues in 2012. Sowell said the company is well on its way toward achieving its planned $7 billion in cloud revenues by 2015, but IBM doesn’t release how much revenue stems from particular sources, such as SmartCloud Enterprise+. Revenues also flow out of consulting to establish private cloud operations on customers’ premises and implementation of standard IBM software, such as Tivoli and DB2, to power those operations.

Sowell said another new offering is IBM’s Migration Services, which helps to determine which legacy workloads are best suited to be moved to Smart Cloud Enterprise+. The migration path has been standardized and given automation assists, meaning a customer may see a return on investment in six to 18 months, he said.