IBM is just starting to see hints of the new breed of apps that will become possible as more businesses start adopting cloud computing. 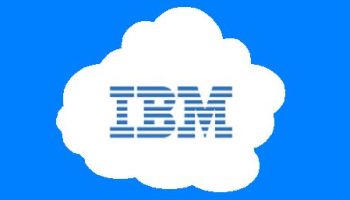 I had a chat last week with Ric Telford, vice president of IBM Cloud Services. I tossed a range of questions at him about the demands IBM is getting from customers. But the conversation seemed to keep coming back to apps.

Telford has a vision of a new breed of apps that are “born-on-the-cloud apps as opposed to born-on-the-enterprise,” he said.

“We’re entering the next generation of enterprise apps where it’s basically going to follow the models you see on the consumer side,” he said.

He gave an example of an app offered by the U.S. Open. Delivered via the cloud, the app integrated social media feeds and had analytics capabilities that could predict who would run matches. The app was available on five different mobile platforms, he said.

“What you see in apps like that today is where enterprise apps will be tomorrow. This requires a cloud delivered model, because of the elasticity, because of the ability to quickly spin up new compute capability, because of multiplatform support,” he said. “Having data always stored in the network and always available as opposed to always stored on a hard disk. That whole paradigm is the future and cloud is a big part of that.”

The U.S. Open has a private cloud run by IBM that uses predictive analytics to figure out how much capacity they’ll need by the hour, dynamically provisioning more servers as needed and deprovisioning them as demand drops.

It sounds like the U.S. Open might be the exception rather than the norm. Telford, like many other cloud execs I talk to, said that the kinds of workloads running in the IBM cloud are starting to shift. It’s well known that test and dev has been one of the first kinds of work that businesses move to the cloud. That’s one of the most inefficient applications to run internally, typically with around 5 percent to 15 percent utilization rates, Telford said. “The rest of the time it sits idle,” he said.

But when I asked Telford what kinds of apps people are running in the cloud beyond test and dev, the first example he gave is packaged enterprise apps. One of the more popular at IBM is running SAP. Since these systems generally tie up a lot of compute power, they’re attractive to move to the cloud, he said.

Telford said that the pieces are just falling into place to enable more kinds of apps. IBM is adding more and more functionality to its cloud, so that functions traditionally thought of as middleware are running in the cloud. In time, enterprise developers will start taking advantage of those capabilities, he said.

Beyond the larger market trends, the big question will be if IBM can be competitive. It’s not alone in adding those kinds of functions to its cloud offerings. The market is incredibly crowded. Earlier this week I wrote about a 451 Research report that asked IT pros to name the cloud vendors they are most excited about. Microsoft, VMware, Amazon and OpenStack were the top four named – IBM came in fifth place, named by 8 percent of respondents. There were a total of 60 cloud vendors named, indicating just how competitive and young this market is.

In a different study released earlier this month by Rackspace based on interviews with 400 IT decision makers, only five people cited having used IBM in the past or said they currently used IBM for public cloud services. Softlayer, which IBM has acquired, wasn’t named by any of the respondents.

IBM’s a big name and Softlayer a relatively established player so I wouldn’t count them out. But like other traditional enterprise vendors trying to make the shift to the cloud, it will need to find a strong way to differentiate its services.