IBM has thrown its weight behind open cloud standards, announcing that all future cloud services and software would be based on “open cloud architecture”. As a first step the company today unveiled a new private cloud tool, SmartCloud Orchestrator, based on the open source OpenStack project. 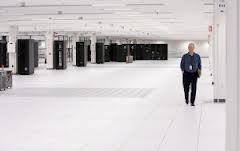 “History has shown that open source and standards are hugely beneficial to end customers and are a major catalyst for innovation,” IBM senior vice-president of software, Robert LeBlanc, said in a statement.

“The winner here will be customers, who will not find themselves locked into any one vendor — but be free to choose the best platform based on the best set of capabilities that meet that needs.”

OpenStack is a collection of open source software for building public and private clouds. It can be used either by providers who want to deliver infrastructure as a service to customers or enterprises that want a private cloud for on-demand, self-service provisioning of compute services for departments.

The roots of the project, which launched mid-2010, lie in collaboration between NASA and Rackspace.