IBM has begun integrating its cloud portfolio with cloud computing infrastructure from its $2 billion acquisition of SoftLayer Technologies, starting with its social learning platform targeted at a variety of industries. 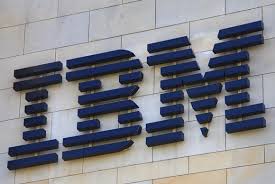 The IT company said in June that it had formed a new cloud services division, and after the close of the acquisition in the third quarter, the new division would combine SoftLayer with IBM SmartCloud into a global platform. SoftLayer infrastructure will be the foundation of IBM’s cloud portfolio, it said.

IBM’s Social Learning, a cloud-based global education technology platform, is already in use at Boston Children’s Hospital to teach pediatric medicine using real-time videos via a hybrid cloud computing environment. The company said on Wednesday it is commercializing the platform on SoftLayer technology to target a variety of industries, such as retail, energy and utilities, government, healthcare and automotive.

Planned to be available in December, the new platform will be delivered as a service to clients, IBM said. The cloud-based mobile messaging tools from the recent acquisition of Xtify will also be available on SoftLayer, as indicated earlier.

Since its acquisition in July, SoftLayer added 1,600 new clients to its existing count of 21,000 clients in 140 countries, IBM said.

Competitor Amazon Web Services had this week a contract from the CIA restored by the U.S. Court of Federal Claims, against objections from IBM.

Judge Thomas C. Wheeler said in his order on Tuesday that the commercial cloud services (C2S) contract awarded to AWS is restored, and “the corrective action stay is lifted, and the Central Intelligence Agency and AWS may immediately resume performance of the C2S contract.” The cloud computing project could be worth up to $600 million. IBM has said it will appeal the decision.

IBM said Wednesday that it had bagged a number of global cloud clients, including Surfline Communications, a telecommunications carrier in Ghana and TienPhong Commercial Joint Stock Bank in Vietnam.

It also announced new IBM PureFlex Systems and IBM Power Systems for cloud and services deployments. The PureFlex System – Express in a single-chassis configuration is said to come at “an affordable entry price point” suitable for small and midsize businesses, while the PureFlex System – Enterprise, with selectable rack offerings, is designed for scalable cloud deployments with built-in redundancy for resilient operation, IBM said.