IBM (IBM) on Tuesday turned up the heat in an increasingly crowded cloud services market, announcing its acquisition of SoftLayer Technologies. The company didn’t release a price, but several media reports pegged it near $2 billion. Privately held SoftLayer reportedly had revenue of $335 million last year, though executives from both companies declined to give any figures in a conference call Tuesday. 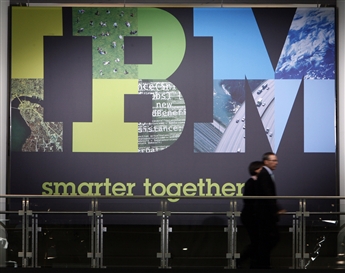 IBM plans to combine SoftLayer with its SmartCloud unit to form a new cloud services division.

Cloud services can help customers spend less on their hardware and other computing needs by essentially renting tech systems and software on a pay-as-you-go basis.

Amazon is the “overwhelming leader” in cloud infrastructure services, said Lydia Leong, an analyst at research firm Gartner. It provides servers, storage and more in its vast data centers, which its customers access as needed.

“I do not expect to see an immediate market impact from the IBM acquisition,” said Leong. IBM’s position in the IaaS market is still “relatively weak,” she said.

But she also said the “acquisition gives IBM more strength, and it will help them target an audience they’ve not been successful with in the past,” speaking of midsize and smaller businesses. IBM has focused on the high-end business and enterprise market.

Gartner says IaaS is the fastest-growing segment of the cloud. It expects IaaS revenue to jump 50% this year to $9 billion.

IBM will combine its cloud computing architecture with its Watson computer technology, in combination with OpenStack, an open-source operating software popular in IaaS, Jefferies analyst Peter Misek wrote in a research report. They should “generate substantial high-margin software revenue as well as bundled services revenue,” he wrote.

Another big IaaS competitor is Rackspace Hosting (RAX), a co-developer and backer of OpenStack. Amazon is not in the OpenStack camp.

IBM’s deal has pros and cons for Rackspace, Jonathan Schildkraut, an analyst with Evercore Partners, wrote in a research note. It confirms that large tech companies want to invest in this area, but it adds a formidable rival in IBM-SoftLayer.