IBM A ‘Winner In Cloud Computing Era’; Stock Up

IBM (IBM) is getting a boost on the stock market today from a report by UBS that calls the information technology company a “winner in the IT-as-a-service era.” UBS analyst Steven Milunovich upgraded his rating on IBM to buy from neutral and raised his 12-month price target to 235 from 210. In early trading Wednesday, IBM was up 1.3%, near 212. The stock is up 14% since mid-November and has risen above its 10-day moving average after slipping below that metric the four previous trading days. 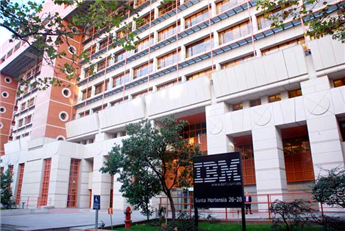 “We think IBM is well positioned for the coming (cloud) computing era because (1) integrated vendors do well early in a tech transition; (2) most of the near-term action will be in private cloud, IBM’s strength; and (3) IBM’s hosting capability and support of OpenStack will be helpful later in the wave,” Milunovich said in his report Wednesday. “Analysts tend to be less positive on IBM in studying the trees while portfolio managers like the consistency of the forest. We’re now siding with the portfolio managers.”

OpenStack is an open cloud standard championed by Rackspace Hosting (RAX) and embraced by IBM and a growing number of cloud vendors.