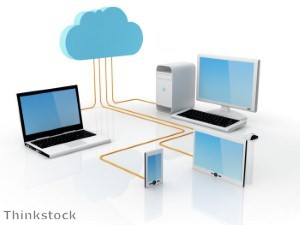 The number of companies surveyed by the International Data Corporation (IDC) that said they use virtualised systems rose from 13.8 per cent in 2011 up to 23.5 per cent in 2013.

This shows that businesses, big and small, are starting to see the benefits of moving their data storage online.

However, while this was known to be the case for firms using tablets, laptops and other non-HPC devices, it was thought that many higher-end PCs still made use of their vast internal hard drives – something that is increasingly no longer the case.

IDC’s study also showed that Big Data is taking an increasingly front-facing role in the office and 67 per cent of companies surveyed remarked they use their HPCs for analytic purposes.

In fact, some 30 per cent of available computing cycles at the 905 sites surveyed were used for Big Data, showing just how often firms are relying on their more expensive devices for vital business functions.

Earl Joseph, program vice president for technical computing at IDC, said: “The most surprising findings of the 2013 study are the substantially increased penetration of co-processors and accelerators at HPC sites around the world.

“[Also of note was] the large proportion of sites that are applying Big Data technologies and methods to their problems and the steady growth in cloud computing for HPC.”

While HPCs remain an important part of most large business’ day-to-day functions, some SMEs are turning to a mix of bring your own device policies for their staff’s technology needs and outsourcing their more technical operations to third party providers.

But with IDC forecasting the global spend on HPC application software to increase to $4.8 billion (£3 billion) in 2017, value for money and efficiency will likely become important factors in any outsourcing decision.