HP Betting Big on Cloud to Help Company Turn Around

But HP’s head of cloud computing says don’t let that talk fool you: HP will be a big player in the cloud, says Zorawar Biri Singh. “I wouldn’t confuse the last couple of weeks with any statement on the cloud,” he says. “It’s a big deal for us.” 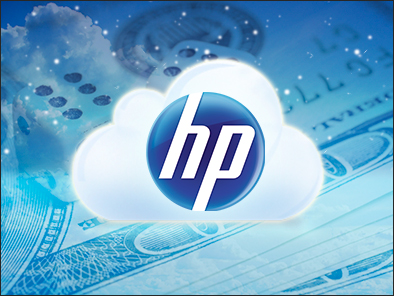 Singh acknowledges that HP has “made a mess of” its cloud marketing strategy in the past two or three years. But in recent months HP has worked to unify its message around the HP Converged Cloud strategy, including reportedly naming the company’s former networking CTO Saar Gillai to help lead its cloud segment with Singh. “I have a big part in that, Meg [Whitman] is directly on top of it, the board members are integrally involved in it,” he says. “This is a top-down strategy that is pretty well understood.”

HP could use the cloud to take off. The company announced 27,000 layoffs, its stock price hit its lowest level in a decade and it recently ceded the title of the world’s largest PC seller to Lenovo. Singh, though, is quick to point out that despite weak sales in its core printer and PC business, the tech giant still raked in a $6.8 billion profit on $29 billion in revenue during its most recent quarter, not far from Google’s $7.2 billion quarterly profit.

The impact of its cloud strategy in the market is still to be determined, though. The company released a beta version of its HP public cloud earlier this year and Singh hinted at major news at the upcoming HP Discover event in Germany in early December, which could be when the company releases its products into general availability. But HP is in a crowded field. Oracle has refined its cloud strategy in recent months, while IBM and Google are betting big on the technology, too.

HP is taking a different approach built on open source, says Singh. While some have viewed HP’s involvement in the OpenStack movement as a way for the company to leverage free open source code, Singh points out that HP has been one of the top contributors of code back to the project.

However, Gartner analyst Lydia Leong recently pointed out that much of the code contributed by big-name companies simply ensures their products and services integrate with OpenStack. Singh makes no qualms about HP’s strategy in OpenStack. It’s not a “theology,” he says. “We’re not here with OpenStack tattoos. We’re here to leverage it as best we can. It’s a means to an end of delivering a scalable cloud.”

MORE OPENSTACK: OpenStack: We can tell Amazon what to do instead of the other way around

That end goal is HP’s Converged Cloud. Billed as the company’s answer to market-leading Amazon Web Services cloud, Singh says HP Converged Cloud is not a single product; it’s a technology framework that incorporates public and private clouds, along with managed hosting for customers. It’s an “umbrella strategy,” Singh says.

It’s analogous to converged infrastructure in which compute, storage and networking are packaged in an integrated design, but this time with cloud components. “Converged cloud, beyond the marketing buzzword, is similar,” he says. “We think there is a set of key enabling forces that will bring together how cloud is delivered. You have to deal with solutions for private, public cloud and managed hosting.”

Singh says there’s a market demand for such a broad, all-encompassing style. Enterprises want to move workloads across similar environments spanning these three areas (public and private cloud, and managed hosting). “What they get in their public cloud, they want in their private cloud, and vice versa,” he says. “They want that interoperability … and they want to build services and consume services based on what they’ve [already] got.”

Enterprises will have heterogeneous environments, which is why he says HP has used the OpenStack ecosystem to work with partners like VMware, Microsoft and Red Hat, by support hypervisors from those companies. And while HP is packaging these OpenStack solutions — including the latest virtual networking components — they’re also leveraging the open source code themselves as a basis to run the company’s own cloud services. Singh calls the company’s public cloud a “petri dish” of experiments running enterprise-grade public cloud workloads.

What enterprises care about is not vendor strategy and whether it’s a single stack or a multi-stack approach, though, Singh says — they care about the SLAs and the cloud just working. “The technology stack matters less and less and core characteristics like SLA, automation, orchestration, deployment and enabling those things are what’s important,” Singh says. “And that’s the flag HP carries.”