Warning: Cannot modify header information - headers already sent by (output started at /home/xcluesic/public_html/wp-content/plugins/go_pricing/includes/core/class_plugin_installer_skin.php:26) in /home/xcluesic/public_html/wp-content/plugins/paid-memberships-pro/adminpages/reports/login.php on line 418
 How Xbox One Can Improve Performance Thanks to Cloud Computing – Xcluesiv Cloud Technology

How Xbox One Can Improve Performance Thanks to Cloud Computing

What would be the current hype with all the punditry and speculation about the power of next-gen consoles without the word “cloud”? The cloud that will form the basis of the new generation of Xbox One will be based on 300,000 servers, compared to 15,000 at present for Xbox Live. 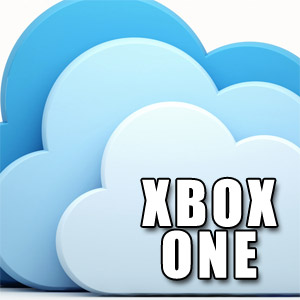 According to Jeff Henshaw, group program manager of Xbox Incubation & Prototyping, the Xbox One will be even more powerful by cloud support, effectively, an Xbox One, will become an “Xbox Three.” For every Xbox One available in your living room, we will have three of those same devices on the cloud, said Microsoft.

“We’re provisioning for developers for every physical Xbox One we build, we’re provisioning the CPU and storage equivalent of three Xbox Ones on the cloud,” he said. “We’re doing that flat out so that any game developer can assume that there are roughly three times the resources immediately available to their game, so they can build bigger, persistent levels that are more inclusive for players. They can do that out of the gate.”

“It’s also been stated that the Xbox One is ten times more powerful than the Xbox 360, so we’re effectively 40 times greater than the Xbox 360 in terms of processing capabilities [using the cloud],” added Xbox Australia rep Adam Pollington. “If you look to the cloud as something that is no doubt going to evolve and grow over time, it really spells out that there’s no limit to where the processing power of Xbox One can go. I think that’s a very exciting proposition, not only for Australians, but anyone else who’s going to pick up the Xbox One console.”

In the event of a loss of connection, the game will intelligently manage the situation as prepared by the developers, who must ensure that their titles are able to work perfectly in the absence of cloud.

Part of the appeal to the “cloud” would be focusing on elements such as lighting in games. Matt Booty, general manager of Microsoft Game Studios, gave the example of a scene in the forest where the light shining through the trees, or a battlefield with fog. Both elements should not be updated in real time and can be processed in the background.

“One example of that might be lighting,” he said. “Let’s say you’re looking at a forest scene and you need to calculate the light coming through the trees, or you’re going through a battlefield and have very dense volumetric fog that’s hugging the terrain. Those things often involve some complicated up-front calculations when you enter that world, but they don’t necessarily have to be updated every frame. Those are perfect candidates for the console to offload that to the cloud—the cloud can do the heavy lifting, because you’ve got the ability to throw multiple devices at the problem in the cloud.”

The processing of data via the cloud is useful to provide the most comprehensive gaming experience for users, and that is why Microsoft wants Xbox One remains online as connected as possible.

Cloud will be the future of gaming console?

As our own managing editor, Kyt Dotson, mentioned consoles have not been that big of a breeding ground for massively-multiplayer online games. The heavily Internet-connected and cloud-centric design focus of the Xbox One could change that?

We do not know, at present, what would happen if the console would get disconnected from the internet. Microsoft has not yet said what will be the games that take advantage of its processing via the cloud, so it’s entirely possible that this process will not be used in the early months when the console will be available.

Game developers for Xbox One must learn how to manage the new technology of cloud computing and ponder the timing right in order to ensure that there is a drastic change in quality of the graphics from frame to frame. Even the modeling of physical, fluid dynamics and movements of the tissues may be entrusted to the cloud without causing latency to the gameplay.

“One of the exciting challenges going forward is a whole new set of techniques to manage what is going to be offloaded to the cloud and what’s going to come back,” said Booty.

Booty later revealed that Microsoft will provide full details on the operation of cloud computing for Xbox One. It is still a new frontier for video games, which will evolve as in the past other rendering technologies have evolved.