How Will Salesforce Adapt To The Next Platform Shift: Mobile Computing?

Most of us are familiar with the adage by George Santayana, who, in his biography said, ”Those who cannot remember the past are condemned to repeat it.” You may recognize it as, “Those who ignore history are bound to repeat it.” Either way, I agree.

This truism is applicable to the high-tech industry, specifically when it is applied against transformational technologies. For example, the change from mainframe computing to client-server computing. Or, for those of you old enough to remember, the move from Codasyl databases to relational databases. Companies that remain steadfastly adhered to old architectures (e.g. ADR or Cullinet – who were unassailable technology giants in the early 80’s) are eventually upended and replaced by companies with new technology architectures (e.g. Oracle). 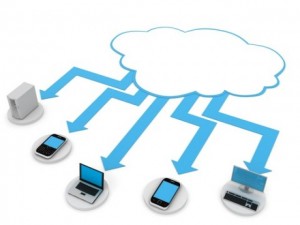 The “old” technology that once served as a weapon to win customers, market share, employees, partners and profits eventually turns into an enormous anchor of status quo that then sinks companies into oblivion. In the enterprise, these tectonic technology shifts happen about every 10 years. The last big technology transformation was SaaS and cloud computing – led by Salesforce.com.

And while enterprises are just beginning to really understand and absorb SaaS/cloud computing, an even bigger quake is shaking up IT: mobile computing.

According to a recent article by Technology Review, an MIT publication, called “Are Smart Phones Spreading Faster Than Any Technology in Human History,” mobile computing has the potential to reshape the technology landscape faster than any other technology in history.

“It took almost a century for landline phones to reach saturation, or the point at which new demand falls off. Mobile phones, by contrast, achieved saturation in just 20 years. Smartphones are on track to halve that rate yet again, and tablets could move still faster, setting consecutive records for speed-to-market saturation in the United States.

While it wasn’t popular at the time – consumer Internet companies were all the rage – my firm, InterWest Partners, began making serious investments in enterprise technologies in the early 2000’s – in areas such as cloud/SaaS and mobile.

As a result, we now have investments in cloud computing and SaaS companies that are helping enterprises to completely transform their business processes and IT infrastructure. These companies are experiencing significant year over year growth (Aria Systems, Aryaka, Get Satisfaction, Marketo, Spredfast, Virsto and Workday).

At InterWest, we have put mobile at the top of the list for quite some time. In fact, we have been deliberately investing in startup companies that have architected their enterprise products with mobile as the first targeted platform. The web/browser is a secondary consideration. Companies such as Appmesh and Doximity are representative of these new “mobile first” companies.

We believe – and the data from the Technology Report supports our thesis – that the primary compute device for all employees in the enterprise will soon become the smartphone and/or tablet. Yet, most incumbent enterprise technology providers continue to treat mobile as just another endpoint. They have not re-architected their products for mobile computing – they are not “Mobile First.” They are “Mobile as an Afterthought.”

This “Afterthought” approach is similar to the approach of the now defunct Cullinet and ADR who, instead of re-architecting their products, simply “bolted on” a relational layer and offered it as an option. It was a kluge. The company knew it. Customers knew it. And yet, due to the need to “preserve status quo,” they stuck with it. Unfortunately, customers didn’t stick with them.

So, if mobile computing becomes a dominant enterprise platform, could this be the new battleground for innovation with a new breed of mobile-born disruptive companies?

Keeping this in mind, let’s take a look at some recent news. With more than 100,000 companies as customers and with 90,000 attendees at Dreamforce, Salesforce is without question one of the major forces in enterprise computing.

Salesforce is clearly making big strides and acquisitions in the ever-popular social space – which, by the way, has yet to prove itself as a viable revenue channel. But just like Facebook, Salesforce doesn’t seem to have a cogent strategy for mobile, arguably the biggest technology transformation the world has ever experienced.

The recently announced Salesforce Touch application development environment doesn’t support native iOS or Droid – it is HTML5. That approach didn’t work out so well for Facebook. And Touch’s functionality is going to take a while to catch up with native Salesforce web applications.

We are seeing enterprise customers adopt mobile extremely fast and looking to their technology providers for solutions. Unfortunately, Salesforce’s approach to mobile feels a lot like Cullinet’s and ADR’s approach to relational – somewhat half-baked and bolted on and certainly not tightly integrated and well thought through as many of Salesforce’s other strategies have been.

No one from Salesforce asked me – and they are unlikely to do so – but if they were to ask, here is how I see their options if they want to capitalize on the mobile computing transformation:

The big question I have is whether they will take George Santayana’s advice? At the very least, it will make for interesting history.