How to Pick Cloud Contenders Among Pretenders

Infrastructure is the most basic level of cloud computing. A cloud provider offers you, as a cloud application owner or user, the ability to run your business application without managing the underlying physical resources of CPU, storage, network and memory. Public/private cloud IaaS is multi-tenant access to the physical resources ) where you can launch virtual machines (VMs) as needed in the cloud. 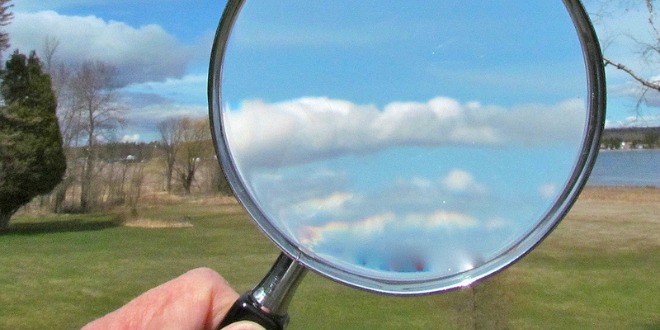 Cloud commoditizes the infrastructure — hence Infrastructure-as-a-Service, or the difficult to pronounce, “IaaS”. Regardless of deployment model or provider, you should have access to infrastructure and the ability to purchase VMs. So now that you’re shopping for infrastructure, what should you look for in a cloud provider?

Beware of the Pretenders

As public and private cloud develop, core cloud features and IaaS are on the path toward to commoditization. “Infrastructure as a service (IaaS), including cloud compute, storage and print services, are the fastest-growing segment of the market,” a February 2013 report from Gartner announced. IaaS grew to “42.4 percent in 2012 to $6.1 billion and expected to grow 47.3 percent in 2013 to $9 billion.” Yet, Forrester Research found “nearly 70% of what IT administrators claim are private clouds are not.” In the growing market, it could be easy for some providers to fake cloud offerings.

How to spot a Contender

Now that providers are vying for your business, how can you differentiate the infrastructure offerings? The foundation of a “real cloud” is the underlying level where basic IaaS is fast, fat, and flat:

The increase in hybrid clouds and interconnected devices call for increased speed on all levels. A customer’s blazingly fast VM does not matter if the cloud edge or cloud storage cannot keep pace. Fast infrastructure means faster responses to your customer’s needs and even their end customers, and less bottlenecks. Speed is good.

Cloud computing should be the “all you can eat” of infrastructure resources. Cloud opens up a wealth of resources to enterprises and their end customers. The glut of infrastructure available opens up business opportunities that were previously too expensive and time consuming for each enterprise to pursue.

A large, “fat” connected data center can connect servers, business applications and resources. The fatter, the more inclusive and powerful. Cloud providers should quickly grant access to storage and network resources that previously were the bottlenecks in development and testing. Fatter is actually better!

Now practically everyone has a cell phone and can call directly without any operators or physical phone lines. Cloud computing is a “flat” network of interconnected business applications, VMs, external applications, servers, and even other data centers. Cloud servers should have low-latency and multi-tenancy, free of the layers of connection.

Even internally, or across clouds, virtual infrastructure allows your application nodes run anywhere within your virtualized compute pool. VMs running in separate cages or separate data centers can act like they’re running side by side.
Flat networks give you added flexibility and the lower costs associated with operating and configuring servers.

Cloud Infrastructure is more than a virtualized environment.

In the software-defined datacenter envisioned by VMware, you can pool hardware and run each layer of the datacenter as software-defined services. Cloud creates pools of servers, storage and networking with dynamically configurable security, availability and management services which can meet the needs of any and all applications.

A true cloud IaaS offering will go beyond a virtualized set of components by installing architecture that supports fast, fat and flat infrastructure. A pretender might sell a virtual environment as cloud, because IaaS hast not historically had high margins and marketing buzz. “When you consider the wasted capacity that companies are paying for it really brings home how much companies stand to gain from using IT as a utility on a Pay-As-You-Go basis” said Richard Davies, CEO for ElasticHosts, quoted in Channel Biz UK. Contenders will have virtualized infrastructure, Cloud Stack offerings, and deep down, should be fast, fat and flat.

The tendency is to think IaaS is the easiest part of creating a cloud. In fact, infrastructure is the difference between contenders and pretenders. IaaS is the foundation. Enterprises add value to IaaS by building upon the fast, fat, and flat cloud infrastructure.