How To Get Better Results From Hybrid Clouds

The hybrid cloud — a mixture of private and public cloud infrastructure — is the reality for many businesses, but much discussion of the cloud insists on treating the two as separate concepts. How can you effectively deploy and take advantage of hybrid cloud environments? Hybrid cloud has been a major theme at the Gartner IT Infrastructure Operations & Data Center Summit, which I’m covering this week as part of our World Of Servers series. 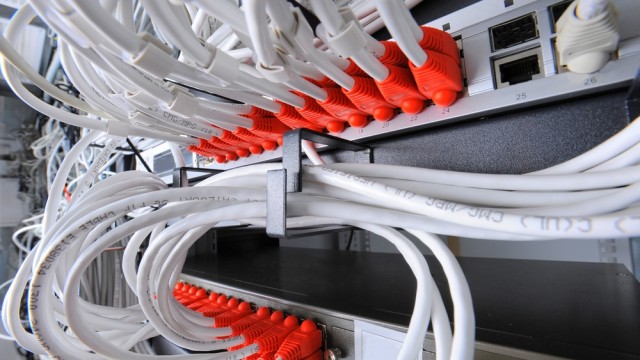 “One of our key pieces of guidance is that the world will be a hybrid world,” said Gartner vice president Cameron Haight. His colleague Thomas Bittman (who we’ve been grabbing a lot of advice from) concurs, and ties the shift into hybrid into the growing use of private cloud environments.

“Private cloud is still one of the hottest trends in the data centre right now. It’s absolutely getting hyped, perhaps a little too far. We do think that most large enterprise and many midmarket enterprises will be building private services. About 40 per cent already have at least a pilot.”

“Most organisations are going to do some private cloud, but the pressure from vendors is to do everything as private cloud and we disagree. Private cloud is a style of computing that works for very specific services, not for everything.”

Trying to identify any one company’s strategy as reflecting a single style is pointless, Bittman said, which is why hybrid is likely to be the best label. “The reality is there’s grey areas. There will be organisations and architectures that are more or less cloudy. They may not do complete self-service; maybe it uses a concierge instead. There are many different ways of implementing cloud computing.

Again, though, the label isn’t crucial. “Most private cloud services over time will become hybrid. It’s also one of those terms which is getting overblown. The majority of hybrid cloud will be a combination of a development and test private cloud where you can use a chosen external provider if resources are scarce.”

With that recognised, what strategies can help you work more effectively in a hybrid environment?

Don’t obsess over the technology choices. “Private cloud is not just a technology project,” Bittman said. “The easiest part of private cloud is technology. The hardest part is the fundamental changes in process and culture and organisation. Those are much harder. If IT was all about technology this would be easy, but IT is about people.”

Clean up your user data. Embarking on a fresh cloud project doesn’t make sense if your existing IT infrastructure is hopeless messy. “You need a source of common identity,” said Microsoft Australia technical evangelist Jeff Alexander. “You have to have a common way to connect to those through a recognised identity. A lot of the times you see organisations that have been through mergers and acquisitions and having that common ID base is an essential part of cloud planning.”

Make sure there’s demand for the services you provide. The essence of cloud is allowing users to deploy for themselves, but that presumes that people actually want those options. If we start to provide services that enable the business to do things they’ve never done before but we don’t tell them, we’ve got a problem,” Bittman said. “Ask ‘What will my customers buy?’ Talk to them and find out.”

Make sure they’re easily and consistently deployed “Set up a service catalogue,” advises Haight. “A service catalogue is the minimum entry for private cloud.” Not every element of the service will need to be visible to end users. “Empower customers with services they need,” Haight said. “Give them what they want, but hide as much complexity as you can. We’re the ones who manage complexity, not them.”

Your cloud plan is unique and it will change. “Every organisation is different and every service is different,” Bittman said. “For your key services you need to have a living breathing strategic plan that will change over time.”

Make sure your metrics are relevant. “IT metrics have been heavily dominated by economics: what does it cost?” Bittman noted. “We have less about quality and less about agility. For our users, that’s often the reverse. You should have metrics for all three areas. The real business case is going to be in agility.”

Make sure technologies do what you need Don’t be misled by products which claim to be cloud-ready but aren’t. “I guarantee you there’s a lot of cloudwashing going on,” Haight said. You also need to double-check that you don’t already have the technology needed for your solution installed or licensed somewhere in your environment. “The biggest issue is people don’t know what they have deployed already,” Alexander said.

Embrace the strength of each model. Private cloud isn’t the solution to every IT problem. Public cloud isn’t either. Don’t become an evangelist. “There are a lot of delivery models and your job will be to manage all of them and not to defend one against the other,” Bittman said.