How to Drive Sales Through Social Media

In this special feature of ‘Ask Entrepreneur,’ Facebook fan Amy Clark Braden from Austin, Texas, asks: Which social network is better for converting followers into customers? So far we haven’t had much luck with Facebook. What about Twitter or Google+?

Converting customers through social channels is not as cut-and-dried as most business owners think it should be. Put yourself in your customer’s shoes and ask, “Why would I engage with this brand on Facebook?” Often, the answer is not, “So I can buy stuff from them.” 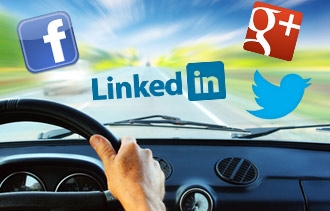 Perhaps a better question to ask is, “Where would I buy things from a brand?” Chances are, Facebook is not going to be the first answer for many.

Consumers see the social layer around a brand as one that supports their buying decision in providing engagement and information pre-purchase, then supports them after the purchase when they have questions.

There’s a disconnect when brands say, “We want to use Facebook to engage our audience,” but then expect the result to be purchases. It’s also misleading to think that your Facebook fans are the same type of captive, opt-in audience that you might find in, say, your email marketing list. They clicked a like button. It’s a virtual high-five. The barrier to entry there isn’t much of an obstacle.

This doesn’t mean you can’t drive conversions or build a customer base using social media, but that you have to first understand that’s not what customers are turning to many social networks for. Secondly, approach your social channel with a strategic plan and purpose to drive business.

My guess is, for a business that says its Facebook fans don’t convert, it isn’t providing content that attracts likely customers or asking them to convert. Sometimes you have to present a call-to-action and give them a compelling reason to click, download or buy.

One social network that seems to get the most nods when I ask, “Are you driving business there?” is LinkedIn. This makes sense because it’s mostly used by business people for business purposes. Networking with sales in mind is more natural on LinkedIn. On Facebook? Not so much. But if you’ve approached your Facebook strategy with the conversion in mind, you’ll see much greater traction than if you just “engage” and cross your fingers.

Still, it’s not the channel that is often to blame, but the strategy at play. If you want to convert fans on Facebook, Google+, LinkedIn, Twitter, Pinterest or any other social channel, you have to drive likely prospects and customers there with promotions or compelling content. Then you have to give them the opportunity and reason to convert. If you’ve attracted the right audience with the right messages in the right place and the right time, they will.