How to create a realistic enterprise strategy for cloud computing

NEW YORK — Cloud computing has commoditized IT infrastructure and allows companies of all sizes to be more agile and cost efficient, but heed this caution — it isn’t for everything. In developing their strategy for cloud computing, enterprises need to keep in mind that there are applications that are terrible candidates for cloud, just as there are systems that lend themselves to the cloud. 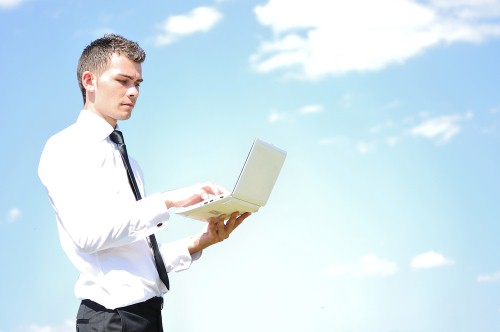 In any case, it’s worthwhile to take a look at what has value that public cloud services can bring to the enterprise, said David Linthicum, senior vice president at Cloud Technology Partners, during his Rethinking Enterprise Computing presentation at the Modern Infrastructure Decisions conference here this week.

“If you understand that this is just a platform change, it’s not so scary,” he said. “We have all moved to new technology … with cloud; we are just using things we don’t own that sit on the open Internet.”

In some cases, that is certainly a nerve-wracking proposition. But it makes sense in others. For example, retailers that need to scale up or down quickly or expand storage at low cost find the cloud to be a good option and should develop a strategy for cloud computing.

Many businesses use public cloud to extend their data center in that way; they add capacity or use the cloud as a backup data center, said Kris Bliesner, CEO of 2ndWatch, a Seattle-based Amazon Web Services integrator. “It can be a lot cheaper to store your archives in a cloud,” he said. “[Cost] can get down to a penny a gig, which is much cheaper than tape.”

Cloud has also become a good place for DevOps around the use of Platform as a Service. Also, large and highly expandable data systems work in the cloud, and cloud services make sense for new or small businesses, Linthicum said. “Most of Amazon’s business comes from small businesses,” he said. “The $2 billion they made is all mom-and-pop shops that can’t afford their own IT.”

Also, many companies use Software as a Service (SaaS) versions of enterprise apps, or their strategy for cloud computing is to use the cloud for high-performance computing on demand or Office automation apps, such as Office 365. Part of the appeal of SaaS is access to the latest software versions. “Being on O365 or a SaaS solution like that frees you up from the upgrade challenges,” Bliesner said.

What not to put into the cloud

On the flip side, most legacy systems are poor cloud candidates, in part because they are tough to migrate to a public cloud. Systems that require a high degree of security or require a lot of regulatory control don’t belong in the cloud, either. “We use the cloud only for apps that we don’t have to worry about, security wise,” said Ashish Patel, head of storage infrastructure for a financial asset management firm on the East Coast. “Things that are already public knowledge, we put in the cloud.”

However, the fears around using cloud based systems typically are inaccurate, according to Linthicum. “If you think correctly about security in the cloud, it will probably be as secure as your on-premises systems,” he said. “Just don’t do stupid things.”

Also, companies shouldn’t put things into the public cloud that need to be tightly integrated with local systems and data.

And since the public cloud is a good way to circumvent infrastructure upgrade costs, enterprises that have recently made significant investments in hardware and software shouldn’t move to the cloud, Linthicum said. “If you have just made big investments, you have just eliminated the economic viability of the cloud,” he said.

Building a strategy for cloud computing

Companies that want to begin their move to the cloud should put together an actionable, funded plan that includes realistic benefits and a five-year roadmap. “It is a long-term systemic change that requires support from the top,” Linthicum said.

Everyone has their own approach, but there are some general guidelines. A cloud migration plan starts with understanding your business, your users and your technology. Then define your objectives while keeping security, governance and performance in mind, Linthicum said.

While many companies look to cloud as a way to reduce costs, the operational return on investment isn’t important; most of the money with cloud is made around the business agility it affords. “Business agility is the reason to leverage this technology,” Linthicum said.