How to build a private cloud

A private cloud looks and acts like a public cloud, giving your corporation all the speed, agility and cost savings promised by cloud technology, only it’s single-tenant, and that tenant is you, right?  Well, that’s the goal, but it’s not quite the reality yet for most enterprises. The definition of enterprise private cloud currently exists on a continuum. This lack of commonly defined ground is proving to be a bit of a stumbling block to achieving the velocity and dexterity promised by private cloud vendors inside traditional IT settings. 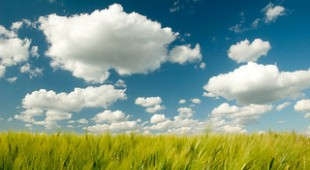 “There is zero consensus on what enterprise IT considers private cloud to be. Installations labeled ‘private cloud’ now range from data centers having several virtualized machines, to having some very basic ability to automate processes, to possibly having some self-service components. With that much variation, the results of conducting a self-reported study based on this space would be completely invalid,” Lakhani says.

orrester Research late in 2012 published results of its Forrsights Hardware Survey, in which 31% of the more than 2,300 midsize and enterprise IT respondents claimed to already have a private cloud in place, while another 17% said they were going to put one in sometime this year.

“But if you dig a deeper into what this self-described group is actually doing, you can see that they may be using some sort of private cloud portal with some underlying virtualization, but the number actually tapping into the services that would give them the core value-add propositions of speed and agility, is really quite low,” says Lauren Nelson, Forrester’s private infrastructure as a service (IaaS) cloud lead.  Her firm sets that number between 7% and 13%.

That’s the dirty little secret about virtualization in the enterprise, says Peder Ulander, vice president of product marketing for cloud platforms at Citrix. “Yes, 90% of IT departments have been virtualized, but those virtualized data centers are generally only being utilized to 30% of their capacity,” Ulander says. “Private cloud is really about driving efficiency and nailing the optimization.”

Objectively speaking, analysts, vendors pushing private clouds, and practitioners hired to implement private clouds say there are up to four basic tenets that must be in operation for an enterprise IT department to fully take advantage of a private cloud.

1. There must be a converged infrastructure.  “We’re talking at all levels. Servers must be virtualized. There has got to be underlying software defined networking and a converged storage fabric,” says Andrew Hillier, CTO of CiRBA, a supplier of capacity management software for virtualized and cloud environments in Toronto.

Josh McKenty, CTO and founder of OpenStack-based private cloud provider Piston Cloud Computing, echoed Hillier’s requirement of a fully converged infrastructure.  But McKenty, who has been working on private cloud networking issues since 2008 when he was working at NASA and served as a technical lead on the project that evolved into OpenStack, says corporate IT must also factor in disaster recovery, replication and placement logic for their private clouds. Also, private clouds are likely to exist across multiple data centers so as to support another tenet of cloud computing, removing any single point of failure in the service.

“This is not something that is done very well in the public cloud space now and it’s an opportunity for corporate IT operations that haven’t had sophisticated systems in place to do these things, to leapfrog themselves in that regard in the new era of private cloud,”  McKenty says.

2. There has to be fully automated orchestration of both system management and software distribution across the converged infrastructure.

“That is where the cost savings is. Automating deployment and streamlining the human activity previously required to do daily tasks. That is what will eventually drive private cloud sales,” says Robert Miggins, senior vice president of business development of Peer 1 Hosting, which has a private cloud offering based on VMware.

You have to improve the provisioning process significantly to legitimately call it private cloud, argues Forrester’s Nelson. “If it takes you two weeks to provision resources now, getting that down to two days is not going to cut it. You’ve got to get it to 15 minutes. You can’t be sitting around waiting for various levels of approval to happen because you lose the agility and speed. It’s the difference between virtualization and cloud,” Nelson says.

CiRBA’s Hillier agrees that automation is crucial but advises potential customers not to fixate on being able to roll up instantaneous instances. “Going from weeks to deployment to mere hours might just be good enough for your environment,” says Hillier, adding that sometimes just being able to reserve cycles in the private cloud days in advance might be a step in the right direction  for most companies.

3. There must be a self-service catalog of standard computing offerings available to users across the company.

“The litmus test is whether or not the dashboard is available to business users across the company and not just an interface for traditional IT staff to use to dole out IT resources. Having just the latter, means that IT just has a new toy,” says Piston’s McKenty.

Bluelock CTO Pat O’Day, a provider of public and private cloud services, agrees. “True cloud means the users, and not IT, get to control the performance of their applications based on the resources they allocate to them.”

4. There has to be accountability by way of some sort of charge-back, track-back or show-back mechanism that keeps track of which users are employing which resources and for just how long.

Enterprise Management Association analyst Torsten Volk argues that at a minimum providing a show back mechanism is crucial for any fledgling private cloud.  “If you can’t at least show who is responsible for the cycles that have been used, then there is no incentive to use those resources efficiently,” Volk says.

JC Martin, cloud architect at eBay, which is now running a second-generation private cloud based on OpenStack technology, explains that eBay’s homegrown chargeback program works more like a pre-paid plan where departments pay up front annually for their anticipated IT service costs. He contends the system also helps cut down on having machines sit idle due to departments holding onto virtual machines when they are not using them. “Having to view reports that hold you accountable is a big incentive not to commandeer machines you can’t keep busy,” Martin says.