How The Feds Drive Cloud Innovation

NASA, the Department of Defense, and other federal agencies are shifting toward more strategic and complex cloud applications, as they try to drive down costs amid flat IT budgets.

The coolest cloud computing application in the world — and in our solar system — comes from NASA. The space agency is using commercial cloud services to process the digital images being transmitted to Earth from the Curiosity rover as it searches for signs of life on Mars.

Those images, taken by 17 cameras mounted to the six-wheel, SUV-like rover, are an incredible scientific trove, stored and managed by Amazon Web Services. The most recent images show the rover’s robotic arm taking the first scoops of Martian soil for analysis. 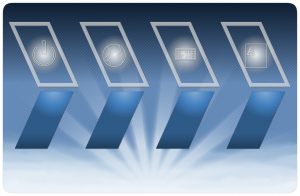 NASA’s Jet Propulsion Lab is using a variety of Amazon services — EC2, S3, SimpleDB, Route 53, CloudFront, Relational Database Service, Simple Workflow, CloudFormation, Elastic Load Balancing–to make this happen. And the images are available not just to NASA scientists, but to you and me as well. “The public gets access as soon as we have access,” says Khawaja Shams, manager of data services at JPL.

Shams was a featured speaker at InformationWeek Government‘s GovCloud 2012 conference in Washington, D.C., on Oct. 17, where tech leaders from a dozen federal agencies, including the Department of Homeland Security, the National Security Agency, and the Defense Information Systems Agency, gave updates on their cloud initiatives.

Federal agencies spent much of last year deploying their first cloud apps — typically website hosting and email-as-a-service — in compliance with the Office of Management and Budget’s “Cloud First” policy. Now, with the June 2012 deadline for those first apps passed, many agencies are moving ahead with cloud projects that are more strategic and complex.

The next step for some agencies is to develop an infrastructure-as-a-service offering for internal use along the lines of Amazon’s EC2. DISA plans to begin pilot testing an IaaS capability at its Defense Enterprise Computing Center in Ogden, Utah, in the spring, then roll out that capability to its other computing centers, DISA CTO Dave Mihelcic said at GovCloud. DISA is the Department of Defense’s designated “cloud services broker.” The cloud broker — part process, part technology — is also new in government, and DISA and the General Services Administration have both issued requests for information on how to do it. The idea is to make it fast and easy for agencies to switch among cloud services from different providers. GSA refers to it as a “next-generation cloud acquisition model” and has already talked to six agencies about how they might use it.

“The concept of the broker is to maximize flexibility. That’s a powerful option for us,” says Keith Trippie, Homeland Security’s director of enterprise system development.

Trippie’s rule of thumb is that cloud computing is 8% to 10% less expensive than conventional IT systems. Homeland Security offers a dozen cloud services to its component organizations, including email-as-a-service to 100,000 users. At that scale, the savings can add up quickly. “The more users that come into this model, the less we all pay,” he said. (But agency CIOs better be able to demonstrate cloud-related savings on an ongoing basis, as GSA’s inspector general has made clear. See “Expect To Save Millions In The Cloud? Prove It.”)

The National Oceanic and Atmospheric Administration got started in the cloud by rolling out Google Apps for Government to 25,000 employees. NOAA CIO Joe Klimavicz shared lessons learned from the Google migration: Federal IT managers must scrutinize their agencies’ service-level agreements, and IT support staff must get early access to cloud apps to gain experience, he said. And don’t assume that the government and commercial versions of Google Apps are the same — they’re not. NOAA learned that the hard way when some of its earliest Google Apps users, employees who started with the commercial version, made the switch, only to learn that not all of the features were available in the government version.

Like other government agencies, NOAA is now looking beyond email. The next steps are to get IT help desk and mobile device management capabilities from the cloud. Some of the most sensitive cloud initiatives in government, with implications for national security, are happening in the Intelligence Community (IC). Patrick Dowd, the National Security Agency’s chief technical officer and chief architect, described three environments in development: a data cloud, for information sharing; a utility cloud, for providing IT resources on demand; and a secure, distributed storage cloud. NSA and the CIA are developing cloud capabilities that will be made available to other U.S. intelligence agencies as part of a cross-agency IT strategy managed by the Office of the Director of National Intelligence.

In-Q-Tel, the venture investment organization for the IC, has invested in a number of cloud technologies in recent months, including Cloudant (a provider of cloud database services), Huddle (cloud-based content management and collaboration), and Adaptive Computing (cloud operating system). In-Q-Tel’s growing portfolio indicates that intelligence agencies will be adopting cloud technologies well beyond those from the CIA and NSA.

In fact, there’s so much activity that it’s difficult to keep up with it all. RFPs, RFIs, and other cloud solicitations are being posted at a rate of about one per day on FedBizOpps.gov. In the past few weeks, DISA, the Department of Interior, the FCC, and GSA have all posted documents for cloud-service acquisitions.

Some exciting cloud apps are in the pipeline. The Army is investing in portable, private-cloud containers that can be used on the battlefield. NOAA is looking to store geospatial data in the cloud. And my favorite: NASA’s Shams talks of “earth-orbiting cloud computing centers.”

The Office of Management and Budget’s goal is to move 25% of the $80 billion federal IT budget — or $20 billion worth of IT capabilities — to the cloud, though it hasn’t specified a timeframe for getting there. There are many pitfalls as Uncle Sam races in this direction. As mentioned, GSA got dinged by its inspector general for not staying up to date on its cost analysis. And Amazon’s northern Virginia data center, the same one used by many federal agencies, suffered a mid-day outage on Oct. 22 that affected customers for hours. Neither cost savings nor availability can be taken for granted.

Agency CIOs know the risks, but they can hardly stop now. The federal IT budget remains flat, and scratch-pad analysis says they can save 10% or more in the cloud. The business case, where it holds up, is impossible to ignore.

More than half of federal agencies are saving money with cloud computing, but security, compatibility, and skills present huge problems, according to our survey. Also in the Cloud Business Case issue of InformationWeek Government: President Obama’s record on IT strategy is long on vision but short on results. (Free registration required.)