How Intel built its private cloud

During the past four years Intel’s internal IT team has been building a private cloud based mostly on the Open Stackopen source cloud platform that serves more than 95,000 workers at the chip manufacturer. The effort by Intel’s IT team to embrace the cloud has been driven by a goal to more efficiently serve the workers that make those chips and drive the business. 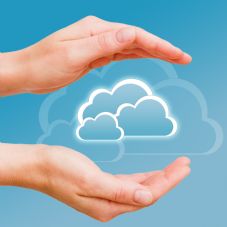 The massive undertaking to build that private cloud is already well underway, with an extensive roadmap for future advancements too.

The work to build Intel’s private cloud started more than three years ago when the IT staff of the company wanted to make it more efficient for Intel workers to consume resources. “We wanted to make it easier for app developers to turn on applications they’re working on,” said Das Kamhout, principal engineer of Intel IT’s Cloud Computing division, as an example of a business use case that drove the thinking behind implementing the cloud.

So far, the Intel guys have been pretty successful. Kamhout says there is “pervasive virtualisation” across the organisation, with an estimated 77% of servers virtualised. “Anybody inside Intel now has the capacity to access resources on demand through a self-portal,” he says. Intel’s cloud manages everything from manufacturing to silicon design to traditional IT elements.

But having a private cloud isn’t just about having virtualised machines. Forrester Research recently made this point, noting that a majority of enterprises are mischaracterising their highly virtualised environments as private clouds. “The distinction” between virtualisation and a private cloud, Kamhout says, “is on-demand, self-service and rapid elasticity.” It’s great if the infrastructure is virtualised, but the real value is when the business users-the Intel workers in this case-can get access to that virtualised infrastructure without waiting for IT to provision it for them. “We’re truly exposing these resources to the users,” he said.

Intel built its cloud using mostly OpenStack technology, to which the company has been contributing code. The various services within OpenStack, from Swift storage to the Nova compute service, to the dashboard project named Keystone, all make up various parts of a cloud platform. Kamhout said working on the open source cloud platform has been an interesting and collaborative experience not only for Intel’s IT team, but also with the broader OpenStack community. Is OpenStack ready for everyday enterprises to use it? “For savvy IT shops, definitely,” he said. There’s a strong support ecosystem, he maintains, but IT shops without experience working in open source and cloud deployments may still need assistance to take OpenStack trunk code to turn it into a cloud.

Intel is not done with its cloud deployment. The infrastructure services are the furthest along so far, but Kamhout is looking up the stack into software as a service (SaaS) and platform as a service (PaaS) as the next services to tackle, a job that’s already underway. Delivering core enterprise apps, like business process management from Intel’s cloud, as well as providing a platform for customised applications to be built and launched within Intel’s cloud are on the to-do list.

So what words of wisdom does Kamhout have for the everyday IT folks grappling with implementing a cloud service themselves? “Make sure you really focus on the people,” he said. Focus on the users that will actually be consuming the services you’re creating. Every IT shop deals with the issues of “shadow IT,” in which workers use non-sanctioned internal IT resources for their professional matters. The more IT works with users to ensure their needs are being met when deploying a system, the less likely shadow IT is from creeping up, said Kamhout.

Another goal is to focus on the internal IT staff that will be implementing the service, to reassure them that the cloud will not kill their careers. There is a fear among IT staff, he says, that as IT workers evolve from maintaining servers to building a cloud that their job becomes superfluous. Not the case, he says. As cloud deployments are rolled out, virtualisation automation comes with its own set of challenges, maintenance and upkeep. Plus, there is a long roadmap of future projects to further integrate other aspects of cloud computing into the deployment, such as moving “up the stack,” from the IaaS level to the PaaS and SaaS options.

“We’re in an era of hyper-evolution of change in technology,” Kamhout says. “Everybody needs to embrace that change, and the cloud is a catalyst for doing that. Pure IT shops need to take that leap forward and realise that there is a lot of work to still do, even once a cloud has been implemented.”