How Infosys is using cloud for infrastructure optimization

Infosys started using the cloud in mid-2008 primarily for automation and things around it. The basic focus was built around how Infosys can move closer to IT users, Infosys clients and its partner ecosystem. 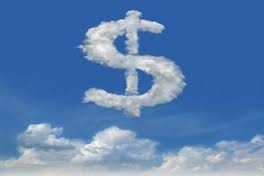 “It is about harvesting different cloud forms for developing and co-creating a concept including the go-to-market and one that is primarily focused on building the whole lifecycle,” says Muralikrishna K, VP and Head, Computers & Communication Division, Infosys.

In the last three years, Infosys invested close to USD 4 million on concept development and co-creation, which was very limited to hardware with some amount of software. Muralikrishna says that the investment would go up by another USD 4-5 million as the demand for cloud is really huge. “The key intention of implementing the cloud was security and experience, not cost. In terms of real estate, at one third the cost of the current data center, it enables to energize around 3,000 to 4,000 virtual server class machines.”

The company built an elaborate stack of three clouds: an internal cloud called MyCloud for development and collaboration; a Collab Cloud for the internal users and partners; and a production cloud called Datacenter Microcosm for clients. Infosys currently has 40 customers leveraging these products.

“MyCloud is a very Intranet-focused cloud, which enables us to easily develop 50 to 100 virtual servers in 15 minutes, provisioned and configured for projects with full control to start and stop the servers. It is completely integrated to our project management system and helps in identifying who is working on a particular project so that only that particular individual is given access. Collab Cloud is about how Infosys works with research bodies, customers, and technology partners where they actually co-create a database to share IP. Infosys does not allow any external resource to come into the network and develop this. Through Collab Cloud, Infosys has its own security card called INA Card where the IP is created and Infosys ensures how best it can be used. Finally, Datacenter Microcosm is a production cloud purposed to serve applications and solutions developed by various business units (Infosys IP), leveraging cloud deployment models, powering Infosys non-linear growth engines,” says Muralikrishna.

The cloud has resulted in an infrastructure optimization across the company. In terms of application, Infosys has migrated couple of applications to Microsoft Azure platform, including corporate applications, video conferencing, web conferencing and audio conferencing. It uses private cloud to host its CAPEX-intensive internal IT and hybrid cloud to host IT services for its partners. From a functional perspective, the development and test environment has been automated.

In terms of experience and adoption, Infosys achieved 85 percent utilization. In terms of power, Infosys has managed to save around 82 percent of the environment that is energized through the cloud modules.