How cloud computing is changing the world … without you knowing

When it comes to emerging technologies, there is one phrase that has drawn more controversy than others: cloud computing. Two words which have driven countless debates, caused numerous arguments in IT departments and, more often than we’d care to admit, have left many in the industry deeply confused. 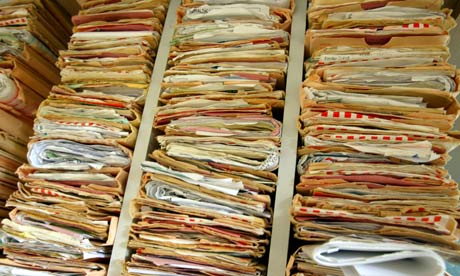 But interest has continued to increase and many organisations have moved elements of their IT into the cloud. We’ve also become accustomed to the idea of storing our personal data in the cloud, whether it’s via Dropbox, the iCloud or even Facebook.

But this really only tells half the story.

So far cloud computing has, for the most part, been used to speed up and reduce the costs of existing processes. As Henry Ford supposedly said: “If I had asked my customers what they wanted, they would have said a faster horse.” It is only now, as the cloud journey grows more maturity, that we can begin to see the full potential to transform business models and working practices.

We’re moving into what is becoming known as the mobile/cloud era. Our thinking is being shaped by several key areas: the need for flexible IT infrastructure, the emergence of big data analytics and increased mobile usage. But how can we use these ideas to help organisations not only improve but transform their internal processes? Just as email rendered the memo as obsolete, cloud computing is set to impact on the way we do business, offering a competitive advantage to those organisations bold enough to think outside the accepted.

Frimley Park Hospital, for example, is an NHS Foundation Trust serving more than 400,000 people across its region. With budgets cuts beginning to bite, the hospital looked to innovate its IT systems in order to save cash without impacting frontline services. Thanks to the cloud, Frimley Park’s staff are now able to access all clinical records from tablets, meaning patients experience an increased level of one-to-one care. Additionally, the savings in IT mean that the organisation is able to push more resources into patient care rather than tying it up in back office maintenance.

And in the private sector, businesses such as online gaming company Betfair are using the cloud to ensure they stay ahead of their competitors and can offer exciting new options to its established customer base. These days customers are used to having instant, mobile access to the latest odds as well as the ability to bet in-game and receive real-time feedback. Without the cloud this would be impossible. For Betfair, cloud technology is critical as the organisation looks to react quickly to market events, creating and deploying new applications in time to capitalise on key trends.

WorldPay, an online payment providers, has also benefited from cloud technologies. Time has always been a valuable commodity for businesses, and now, with the world moving at a faster pace than ever before, it’s worth has increased exponentially. Businesses need to able to launch applications quickly and take advantage of lucrative market opportunities. By moving its infrastructure to the cloud WorldPay was able offer customers self-service provisioning, or in layman’s terms, the ability to instantly add a payment method to their service.

Cloud is playing a vital role in ensuring employees are kept in constant contact – working practices have been transformed as the cloud allows new and more efficient forms of collaboration. The technology is no longer a ‘nice-to-have’, but is a critical part of any organisation’s infrastructure. We’re seeing more and more businesses relying on mobile devices as the era of ‘office working’ slowly draws to a close.

In fact, the trend is so important to workers that over a third claimed they would leave their job if told they couldn’t use their mobile device for work purposes. With this in mind, nearly half of IT leaders said they would be designing systems and policies this year to accommodate employee access to mobile data – once again cloud technology proves vital in not only lending a competitive edge but also as a method of talent retention.

These are just a couple of examples of how the cloud is affecting your life without you knowing it – from helping to improve healthcare standards and educational learning to reducing our carbon footprints and cutting IT bills so more resources can be invested into research and development operations.

The cloud applications we’re seeing at the moment really are the tip of the iceberg and, as the technology matures further, who knows how we may be using the cloud in even a year from now. Technologies and concepts such as the internet of things and smart cities are growing ever closer to becoming the norm as organisations begin to realise that the cloud can do so much more than simply speed up or reduce the cost of their IT – it can totally transform it.