Now that cloud computing technology has already gone past the infancy stages, many industries have already realized the benefits it provides, and have already started adopting and integrating the technology to their businesses. One key sector that stands to benefit a lot from the cloud is marketing, as it has the ability to drastically change the ways in which they reach and engage their audience, particularly with regard to distributing and storing mission-critical data. 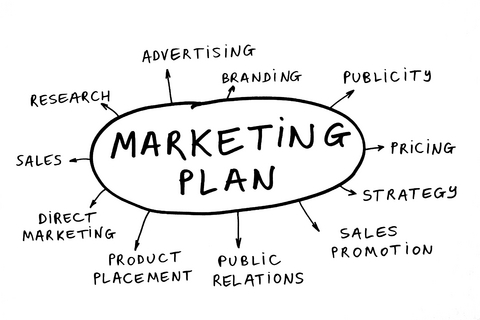 The Future for Consumers is in the Cloud

The most recent technology forecasts released by Forbes, Cisco, Forrester, and Gartner all reveal that there is a widespread adoption of cloud computing going on in a global scale. The forecasts were unanimous in their predictions, with over one third of digital content in the world estimated to be stored in the cloud by 2016. Last year, the stats peg it at 7%.

As for storage, it is estimated that the average data storage consumed per average household will grow from 464 gigabytes last 2011 to 3.3 terabytes in 2016. Not every household will have large enough storage devices to accommodate that much data, so majority of it will be hosted on the cloud. This will result in an increase in spending towards the cloud, with the studies positing that the global market for cloud computing will see an increase from $40.7B last 2011, to more than $241 billion in 2020.

According to Forrester’s research, majority of users in 2020 will be abandoning local client-installed programs in favor of web-based applications. The move is not purely motivated by personal preferences, as the companies themselves are pushing for migration to the cloud due to the cost savings they incur.

The Cloud Has Broadened the Field

One of the key effects of the cloud that will benefit digital marketing is that it has provided marketers with more venues from which to approach potential customers, while at the same time, it has also allowed more individuals to become potential customers. For instance, a person who is watching TV and texting on the couch used to be out of reach of digital marketers. Now, the cloud has made it possible for the same person to access his data through his phone and his TV without even leaving the couch. There’s no need for complicated user interfaces or servers. The person is also more likely to access the Internet simply because it is now possible, making him more accessible to digital marketers.

Why Marketers Are Migrating to the Cloud

1. Multi-Device Support – with the cloud, marketers no longer need to worry about hard drives or other local storages as their files can be accessed and shared over the Internet using any internet-capable device they have on hand.

2. Secure – security is no longer an issue with the cloud, as large and established companies have started entering the market, bringing with them their expertise and skills with regard to safeguarding the security of their customers. Additionally, marketers no longer have to worry about losing data to a hard drive crash or acts of god, as cloud service providers have redundant and off-site backups, which means it’s almost impossible to lose data completely.

3. Low Cost – of course, the real crowning gem of cloud computing technology is its cost-efficiency. There’s no need to spend hundreds or thousands of dollars on setting up an infrastructure, as a web enabled device and internet access is all that’s needed to get a cloud-based system up and running.

Examples of Brands That Have Already Moved to the Cloud

1. SEPCO – SEPCO’s Marketing & Social Media Manager, Liz Karschner, uses HubSpot in order to take full control of the company’s marketing and steer it in the right direction. Of particular use to her are Hubspot’s powerful analytics and marketing tools. What’s more, the fact that Hubspot is on the cloud allows her to access and control SEPCO’s marketing anywhere, provided that she has access to an internet-capable device.

2. Whistler BlackComb – this is a ski resort situated 125 km north of Vancouver, which manages around nine different social networks. The resort takes full advantage of sveral multi-tiered social media campaigns to promote their resort and attract customers, and they use the HootSuite Dashboard to manage everything from a single place.

3. Whole Foods – this company has managed to attract over 50 thousand followers on Pinterest, and has used almost 970 pins to create a personality for the brand that reflects their core values. The company’s marketing director, Michael Bepko, controls all of the company’s pins from wherever he is currently at when the inspiration strikes.