How Cloud Computing Changes Almost Nothing

Back when I first started covering tech — about 20 years ago — there were two ways CIOs implemented a tech infrastructure. They’d either go with a single vendor, or buy and integrate the “best of breed.” 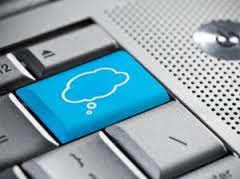 Today, to hear John Engates of Rackspace Hosting tell it, the same thing is happening with cloud computing technologies. I think he’s right.

Notable wins include Emerson Electric , which in January started using Rackspace to help tune and monitor climate control products for residential and commercial customers. Adoption has gone so well that Rackspace expects Emerson to up its commitment from 43 servers today to 100 by year’s end. Engates and I chatted briefly earlier in the week about the company’s progress in moving big customers to OpenStack, the newer, open-source version of its cloud computing platform.

Engates, as chief technology officer, has an up-close view of what Emerson and Rackspace’s other hybrid clients are doing. More of them are finding ways to bring together disparate technologies, from different vendors and in different locales, using the cloud. A best-of-breed hybrid environment, in other words.

Others take the phrase “hybrid” to mean only an environment that mixes servers and storage operated inside a company’s four walls together with resources accessible in the cloud. Whether the infrastructure is supplied entirely by the likes of VMware and its vCloud environment, or Oracle, which has spent decades trying to get clients to “standardize” on its products, doesn’t matter. We’ve heard the pitch before.

It’s the same battle — single vendor vs. “best of breed” — just updated for the cloud era. Who will win? I’ve still got real money on Rackspace because I believe programming interfaces have advanced enough that creating a functional best-of-breed environment is easier now than it’s been in a long time.

Do you agree? Disagree? Weigh in using the comments box below. And for more of Rackspace’s take on the hybrid cloud and insights from one of its early adopters, HubSpot –which Engates says is Rackspace’s “most sophisticated user of OpenStack” — check out the video below.

Get one up on Wall Street
Wall Street has been getting rich on trading floor tips for decades — and for decades, those tips have been “for industry insiders only.” But not anymore. Our top technology analyst recently infiltrated one of the finance world’s most exclusive gatherings… and left with three incredible investment opportunities, straight from the CEOs. These are profit-building strategies Main Street isn’t meant to hear about — so act now before someone shuts us up.