How cloud computing changes (almost) everything about the skills you need

The rise of cloud computing is altering the enterprise technology landscape in many ways, including where applications live (in a distant data centre, rather than the company server room), how they are paid for in (out of op ex, rather than cap ex) and even who buys them (line-of-business managers with their credit cards, rather than CIOs with corporate budgets). 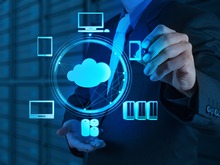 But perhaps one of the biggest changes for the IT department is that it needs to prioritise a whole new set of skills.

Because the use of cloud computing can do away with much of the software maintenance and patching that made up a chunk of the average IT professional’s day, the cloud is forcing IT departments to adopt a more customer-focused role, according to CIOs.

When asked, “Has the rise of the cloud changed the types of skills required in the IT department?”, the ZDNet/TechRepublic CIO Jury panel voted ‘yes’ by a margin of nine to three, reflecting the significant changes that cloud is causing.

According to Richard Watson, IT director at Sheffield Haworth, the easy availability and cost effectiveness of cloud services means that, increasingly, the IT department’s role is to match up business needs and external (cloud) vendors, rather than provisioning and administering these services on-premises.

“Traditional sysadmin skills will inevitably be in less demand in future, certainly in the SME space. Managing the relationship between the business and its suppliers will become ever more critical,” he says.

Kevin Leypoldt, IS director at Structural Integrity Associates, is of similar mind: “I am now refocusing on customer service and desktop/helpdesk support as we move the hosting/infrastructure to the cloud. Because we have that skillset already, it’s now becoming a larger focus.”

Meanwhile, Duncan James, infrastructure manager at Clarion Solicitors says that IT departments are disappearing — like “the friendly milkman delivering milk to your door” — and that it’s getting more common to see server workloads moved or managed by third parties who already have the skills to manage complex infrastructures at a cheaper price than paying for in-house IT department employees.

According to James, traditional roles are merging and being replaced with generalists and service delivery managers. “There is less emphasis on the words ‘IT services’, more on ‘business services’ — and particularly what value they deliver back to the business in terms of time and money. IT generalists are now doing what once could only be done by specialist IT consultants,” he says.

But he warns: “The biggest value of the IT department is their knowledge of the existing setup — specifically the dependencies of how software X interacts with software Y. Every setup is different, and being able to hammer the software into shape over the anvil is ultimately a skill that the cloud will never be able to offer, at least for now.”

Of course, change is nothing new to IT staff, as Matt Mielke, director of IT at Innovations Federal Credit Unionpoints out: “IT department job descriptions and skill sets change all the time with new technologies. I think this will be another chapter in the IT department evolution.”

But in the past changes to skills have still been based on the fundamental idea that implementing, maintaining and fixing software and hardware is the job of the in-house IT department. The cloud (in its purest form) takes away all that software and hardware, which means the IT department has to find a new role — as  Jerry Justice, IT director at SS&G Financial Services puts it: “IT staff are now advocates and aggregators of technology not support personnel.”

Few organisations will replace all their infrastructure with cloud (at least, not yet), so a mix of skills is needed. Delano Gordon, CIO of Roofing Supply Group, says that his organisation has used cloud services for a number of years, with its ERP, business intelligence, backup and others delivered via cloud.

“While it has made my IT organisation lean, it hasn’t diminished the need to still have a core set of skills readily available. The number of resources shrink, but many of the skillsets remain the same. A human link is still very much required in some cases to link the cloud to on-premise systems. In my opinion the support demands have only shifted a bit, but are still present.”

Adoption of the cloud is still relatively limited, even if it’s growing fast, so not all CIOs are feeling this impact — or at least not yet. Says Brian Wells, associate CIO at Penn Medicine: “Healthcare is cautiously experimenting with IaaS cloud services. When the vendors all will sign [business associate agreements] and time passes with no large HIPAA breaches then we rapidly adopt and will adjust our staffing and skills.”

John Gracyalny, VP IT at SafeAmerica Credit Union, is unmoved by the pull of the cloud: “This really has no change on my IT department. We do no development here, and the cost to move our core solution from in-house to a service bureau is prohibitive.”

And for some, the cloud can mean learning new technical skills and understanding unexpected, complex new issues. Brad Novak, director of IT at Goettsch Partners, says: “We are implementing a more ‘usable’ Disaster Recovery site where replicated backups and redundant systems can be quickly accessed. This means we need to be much more aware of the regulations regarding the security and availability of data centres managed by others.”