How a private cloud can save money and the environment

Five years ago, after numerous acquisitions, the IT environment at Ricoh Europe was spiraling out of control – running 26 ERP instances was just one issue. “We reached a point in the journey where we had to tackle three things: Make ourselves more efficient internally, make ourselves more effective for our customers and [make our IT function less hazardous to the environment],” says Ian Winham, CIO and CFO for Ricoh Europe. “We work with customers on improving their infrastructure, and it came to a point where we had to start doing that for ourselves.” Facing an increasing number of pan-European and global requirements from its printing, document management and IT services customers, standardisation was a necessity. 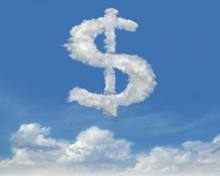 “There was lots of chaos and lots of difficulty figuring out how to manage a client effectively,” Winham says. The IT group started with application rationalisation, throwing out everything and starting from scratch with the aim to standardise not only on systems, but processes – a total of 122 ultimately. Then, in 2011, they began looking at its mess of an IT infrastructure in the same way.

Working with Indian IT service provider Infosys, Ricoh developed a private cloud with two T3 super hubs to provision both software- and Infrastructure-as-a-Service. “It would be great to say we knew the cloud was going to be the end-game at the start,” says Winham. “But we only knew that our legacy was costing a small fortune–both financially and in terms of the environment–and what our end vision would look like.”

The public cloud was a no-go for mission-critical applications. “We need to give our customers confidence that we know where their data is and when it is transferred,” explains Winham.

A private cloud is being deployed across 35 Ricoh Europe operating companies; more than 50 percent of Ricoh’s customers are currently running on it as well as all of it core internal applications. “We’re now in the second stage, mopping up the legacy bits and pieces we’ve still got floating around,” says Winham. “We still have small data centers and IT closets floating around that I want to get rid of.”

The internal benefits have been clear. The company is consolidating nine data centers into two, which will cut IT infrastructure costs by 30 percent through the elimination of 1,000 servers. It will also reduce carbon dioxide emissions by 16,800 tons (the equivalent of taking 3,350 cars off the road), helping the company achieve its 2050 goal to reduce total energy consumption by 87.5 percent.

But Winham now sees the cloud as a revenue-generator for Ricoh’s services arm. One of the first cloud-based apps it developed internally – an electronic invoicing system in line with the European Commission’s newest push to regulate invoicing across the European Union. “That moved up the agenda in the infrastructure project as something that has real value for ourselves and our customers,” Winham says.

It’s a new approach that Winham is bringing to Ricoh. “If we’re going to build something for ourselves, there has to be a value chain for us both internally and externally,” Winham says. Besides “It’s embarrassing when you’re selling a solution that you’re not using yourselves. You look stupid.”

Navigating the European regulatory environment has been the most difficult part of moving to the cloud, says Winham. “The data protection directive is interpreted differently in every country so you have to figure out what standard you should apply while also staying up to speed with your customers,” Winham says.

Legislation regarding the location of financial data is even trickier. Ricoh had to get approval from the government of Luxemburg before it could decommission its data center there. “I never want to build a data center in Luxemburg again,” Winham says. “Those nuances are the real pain. And it has nothing to do with the actual technology.”

Of course, having figured out how to navigate the difficult terrain, Winham sees a new service line there as well – helping customers set up private clouds in Europe. “You’ve got to eat what you sell, and we’ve developed a lot of experience. One of the things we’re looking to do is work out where the synergies are between Ricoh, Infosys and other partners to bring those skills to bear,” says Winham. “Anyone can deliver the infrastructure or make it secure, but the process of how you do that within your business is key.”