Heroes Of The Cloud

As we study the innovators who have helped make cloud computing a reality, it becomes apparent that significant and lasting success in the Cloud field depends as much on entrepreneurial vision as it does technical savvy. Harnessing the technology to get a group of servers, or even server farms to cooperate in a fashion that is capable of handling truly Big Data is a marvel. In the long run, it is probably not half as important as finding a way for the technology to not only generate a profit, but to generate profit for the end users of the technology. 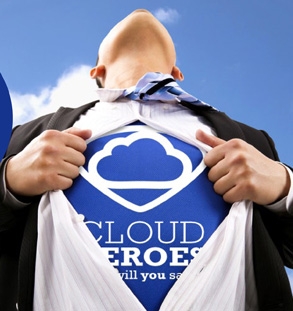 In many ways, this has bee as much about proselytizing as it has been about coding and computing. Two of the strongest voices singing the praises of Cloud Computing for business have been Padmasree Warrior, Chief Technology and Strategy Officer at Cisco, and Lauren States, Vice President and CTO of Cloud Computing at IBM.

Warrior took her bachelors degree in Chemical Engineering from the Indian Institute of Technology in New Dehli, and holds a masters in Chemical Engineering from Cornell. In 1984 she joined Motorola as one of the few women working at their Arizona facility. In 23 years with the company she held a number positions, including Corporate Vice President and General Manager of Motorola’s Energy Systems Group, and Corporate Vice President and Chief Technology Officer in its Semiconductor Products Sector. Her promotion to CTO in 2003 also brought a senior vice presidency, and in 2005 she was promoted to executive vice president.

While she was CTO at Motorola, the company was awarded the 2004 National Medal of Technology by the President of the United States, the first time the company was so honored. Since joining Cisco in 2007, Warrior has been tasked with aligning corporate strategy and technology development to allow Cisco to anticipate, shape, and lead market transitions. As a senior vice president she led Cisco’s world wide engineering organization and has been responsible for core switching, collaboration, cloud computing and data center/virtualization, and architectures for business transformation.

Lauren States has had a wealth of experience with IBM, beginning as a Systems Engineer in New York City and moving on to roles in sales and marketing. She brings a combined perspective of business and technical expertise to the Cloud discussion.

States has written and talked extensively on the growing importance and possibilities of Cloud Strategies.