Since the entire north east of North American region is caught under severe snow fall and snow storm, the day to day life has been seriously affected. 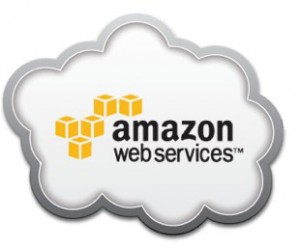 Like many other utilities and services, internet services based on cloud computing are also facing serious outages due to the failure of Amazon web services. This impacted many websites and services hosted by Amazon very badly.

It was reported at around 12:30 AM last night that Amazon cloud services were observing serious glitches and subsequently failed. It brought many websites down, among such websites a few are Netflix, Amazon Mechanical Turk, Amazon streaming media, Tumblr, Steam and many others. There were a large number of blogs, forums, and commercial websites that observed either serious glitches and degradation of services or went down completely.

There were many tweets and social updates regarding this issue on the network of Amazon but there was no official statement issued by the company. It appears that this serious outage on the Amazon cloud hosting services was observed due to problems in East coast data centers of the company. The East coast is one of the badly affected areas due to the recent snowstorm in the region. There is deep freeze and strong blizzard in this region that has almost halted the day to day life in the area, and many people are restricted to their homes due to bad weather.

It was also observed that the affected services were coming online gradually at around 02:45 AM and people were able to surf and update on the social networking websites. At present all services are back to normal but the official statement regarding this service degradation and outage of Amazon cloud has not been issued till the time of writing this report.

Many experts have already been questioning the reliability and redundancy of cloud computing services offered by different cloud hosting service providers, and with this outage, their argument will come out stronger. Such outages clearly suggest that all cloud computing and cloud hosting service providers should strengthen their quality of services by reinforcing the redundancy and reliability more robustly.