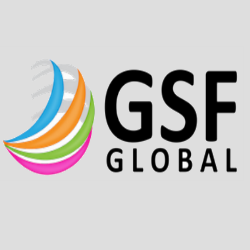 The accelerator will select 12 high-tech startups for the programme, including eight from India, while the rest will come through its alliance partners in Southeast Asia, Eastern Europe and Africa.

According to the accelerator, programme aims to provide a world-class platform for tech entrepreneurs from India and the emerging world to incubate, develop and establish themselves in the global markets. GSF also aims to integrate the Indian startup ecosystem with leading tech hubs in the world.

The programme will last for 12 weeks, during which it will have four stopovers. Starting in mid-April in India, the team will spend four weeks with GSF mentors and advisors in Delhi and Bangalore. This will be followed by two weeks at THE HUB in Singapore, and two weeks in a digital hub on the east coast of North America. Post that, the final four weeks will be spent in the Silicon Valley.

The programme will end with four demo days, one each in San Francisco, Singapore, India and a North American city on the east coast.

“These 12 startups will get an opportunity to immerse in global tech hubs of the world. This exposure to their peers, mentors, business partners and investors will provide them with a platform to launch their products globally,” said Sawhney.

The accelerator has also partnered with AngelList for managing the application process for the programme. Last date for submission of applications is March 31, 2014.

Founded in 2012, GSF comprises 20 investors and five leading funds (including Seedcamp and Dave McClure’s 500 Startups) from across the world. The programme provides promising startups in the mobile, local, social, cloud and impact spaces access to venture networks, personalised and intensive mentoring, as well as initial capital. It runs simultaneously in Delhi, Mumbai, Chennai, and Bangalore, with each location hosting four-five startups per iteration. Since its launch 18 months ago, 24 startups and 30 entrepreneurs in residence (EIRs) have gone through the GSF platform.

In August 2013, GSF Superangels had announced seed round investments in five startups including Little Eye Software Labs Pvt Ltd, Tushky, ZAPR, HackerEarth and WeAreHolidays. Several other investors like Blume Ventures, 500Startups, VentureEast, Mumbai Angels along with other individual investors had also participated in the seed round. This was the second round of investment wherein GSF had invested along with other early stage investors, and was part of the two stage investment process at GSF, wherein it invests in the seed round of a few firms in addition to the pre-seed investments at the accelerator level.

Earlier this month, social networking giant Facebook acquired Bangalore-based Little Eye Software Labs, which offers a performance analysis tool for developers that enables them to measure, analyse and optimise Android apps. While the transaction details are not officially disclosed, some media reports had pegged the amount at around $10-15 million.