A funny thing happened to me at the Federal Cloud Computing Summit sponsored by MobileGovt earlier this week after I commented about my disdain for Major League baseball in the wake of the 1994 strike — I know it’s been almost 20 years and I should get over it. 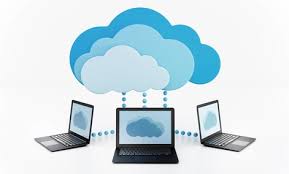 San Francisco Giants CIO Bill Schlough decided to try and “convince” me to come back to baseball. During his fascinating speech about how the Giants are using big data in the cloud to analyze players, determine strategy and make the fan experience better, he decided to poke a little fun at me by calling me out to the audience a couple of times for my disparaging comments about baseball. At the end of his speech, Schlough called me on stage and took one last crack at getting me to change my mind. He presented me with a San Francisco Giants 2012 replica World Series ring. Did it work? I’ll withhold comment; I’ve learned my lesson, so to speak. Speaking of the cloud summit, GSA’s Mark Day, the acting deputy assistant commissioner in the Integrated Technology Services office of the Federal Acquisition Service, said agencies spent more than $550 million on cloud services through governmentwide acquisition contracts, while they spent less than $100 million on cloud-specific contracts, such as email-as-a-service or infrastructure-as-a-service. Day said the difference in the spend shows integration services are important to agencies.

“There’s a cloud broker who can help do security, single sign-on tie-ins for all cloud providers. You could have a cloud broker do security monitoring in a standardized way across all cloud providers, giving you a single pane of glass to manage from. You could integrate legacy and cloud so it’s easier to manage your pieces,” Day said. “There’s a whole set of layers as you start to think this through that a cloud broker could do. Now the question is, which of those functions can a cloud broker do economically and efficiently for the federal government? Where do they add value? Where do they drive speed to market? Where do they make it easier for the consumer to know what they’ve actually gotten and be able to anticipate problems and react to problems better? And where frankly, are they just an added cost?”

Day added GSA is digging into and testing those questions to understand the value proposition for the government. GSA is about six weeks away from the pilot ending, and then they will analyze to see what worked well and what didn’t.