Google’s Upcoming Algorithm- Content Will Be The Key Now

Search Engine Optimization often termed as SEO is more a science than a technique, the definition obviously varies depending on your understanding and implementation. The development and growth in I.T sector and especially in the digital world has given a major boost to the value of search engines.  And when it comes to search engines the first thing which comes in mind is ‘Google’, the most highly rated and popular search engine up till date. It won’t be wrong to say that it has replaced the meaning of ‘search’ with ‘Google it’.

Google undoubtedly provides its searchers with the best appropriate and expected searches for any given keyword or phrase. Holding its place in the world of web Google updates its algorithm and search formulas constantly and frequently.  Recently, in the past week the head of Google’s Webspam team Mr. Matt Cutts shared his reviews about the upcoming algorithm change that’s Google is going to apply to give its users more accurate search results and to negate the overdone SEO factor. The purpose of this algorithm is to give priority to the best & relative content in the search results rather ranking the websites who just abuses the search engines or in other words this algorithm will be to eradicate the role of black hat Search engine optimizers. It was a session named as “Dear Google & Bing: Help Me Rank Better” at SXSW where questions regarding the positive and negative aspects of SEO were pointed out, not only the do’s and don’ts but also the factor that how does Google looks at optimized sites. During the session Matt Cutts revealed the upcoming change in search algorithm, although not in very deep as Google never reveals their real algorithm and search parameters. Matt Cutts remarked that:

“The idea is basically to try and level the playing ground a little bit. So all those people who have sort of been doing, for lack of a better word, “over optimization” or “overly” doing their SEO, compared to the people who are just making great content and trying to make a fantastic site, we want to sort of make that playing field a little bit more level.

So that’s the sort of thing where we try to make the Google Bot smarter, we try to make our relevance more adaptive so that people don’t do SEO—we handle that—and then we also start to look at the people who sort of abuse it, whether they throw too many keywords on the page, or whatever they exchange way too many links, or whatever they are doing to sort of go beyond what a normal person would expect in a particular area. So that is something where we continue to pay attention and we continue to work on it, and it is an active area where we’ve got several engineers on my team working on that right now…”

[And later after talking about the positives of SEO] “Absolutely there are some people who take it too far. What we’re mindful of is when someone says, “We’re White Hat. We continue to do the right thing, and we see the Black Hats who are over optimizing or going too far, and they seem to be doing too well.” So we’ve been working on changes to try to make sure that if you are a White Hat or if you’ve been doing very little SEO that you are going to not be affected by this change. But if you’ve been going way far beyond the pale, then that’s the sort of thing where your site might not rank as highly as it did before.” 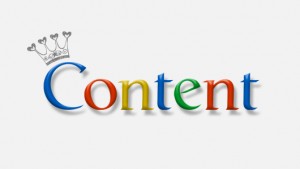 The core concept behind bringing this algorithm in to play is to rank the websites higher only on the basis of their content regardless of their level of search engine optimization and it’s not amazing to know this because Google is always desperate to give their users ‘best out of the rest’ and this technique has worked very well for them.  Matt mentioned that,

“We tell people over and over again, “Make a compelling site. Make a site that’s useful. Make a site that’s interesting. Make a site that’s relevant to people’s interests… all of the changes we make, over 500 a year, are designed to try to approximate if a user lands on that page, just how happy are they going to be with what they get? So if you keep that in mind, then you should be in good shape no matter what.”

Generally there is a concept that Google doesn’t like Search Engine Optimization (SEO) as it doesn’t considers it a standard practice to work on, but the case is totally different, Google of course doesn’t like and will never tolerate the SEO techniques which not only try to misguide the Search engine but also annoys the users as well. Matt also gave his reviews about the SEO and said,

“The way that I often think about SEO is that it’s like a coach. It’s someone who helps you figure out how to present yourself better. In an ideal world, though, you wouldn’t have to think about presenting yourself and whether search engines can crawl your website. Because they’d just be so good that they can figure out how to call through the Flash, how to crawl through the forums, how to crawl through the JavaScript, how to crawl through whatever it is… A lot of people seem to think that Google hates SEO. That’s definitely not the case. We even made a video about this. If you do a search for webmaster videos, we’ve made something like 400 videos. And we made one specifically to say Google does not hate SEO, because SEO can often be very helpful. It can make a site more crawl-able. It can make a site more accessible. It can think about the words that users are going to type whenever they come to a search engine and make sure that those words are on the page, which just makes the site more user-friendly. So the same sorts of things you do to optimize your return on investment and how well something spreads virally or socially is the exact same sort of stuff that often works well from a search engine perspective. So there is a ton of stuff that is fantastic to do as an SEO, it just makes your content more crawl-able and more accessible.”

Although the discussion and the upcoming change doesn’t pretends the ultimate death of SEO and its industry, but the fact is that race of becoming no 1 will never end in the internet world, and this means that the ultimate and basic practices of a traditional SEO may change with the evolution in the algorithms but the optimization practices cannot be totally neglected and ignored.