Google Inc.this week expanded its cloud services business and cut prices for some key offerings, stepping up its bid to challenge Amazon.com in a growing market. 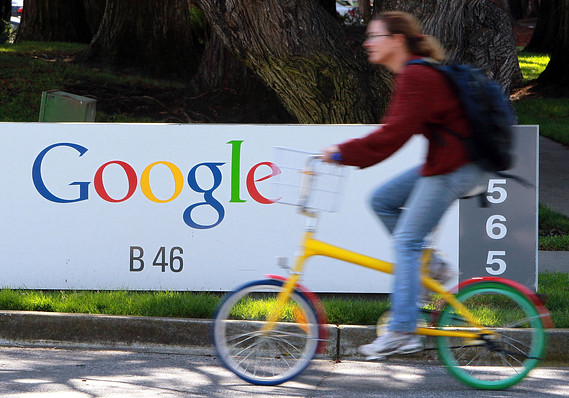 Google on Monday said it making a key component of its cloud business, called Google Compute Engine, available to all business customers. That means businesses would now be able to have their developers run applications on Google’s infrastructure. Google also cut the prices on some key cloud business services, including server capacity and data storage.

“We believe that Google is positioned to become the next large player in cloud services, with a robust platform of application, platform and infrastructure services, competing for an increasing share of the IT spending pie,” Baird Equity analyst Colin Sebastian told clients in a note.

With the new initiative, he added, “Google is signifying its commitment to cloud services and increasing its competition with Amazon.”

Cloud services has increasingly become a lucrative market for Internet giants like Amazon and Google who now also offer businesses access to their massive IT infrastructure in order to run their own networks.

Cloud computing allows businesses to accesses computing power through a network, instead of spending enormous amounts setting up and maintaining in-house data centers.

“For companies that go all in on this, every dollar they spend on these types of cloud services is like $3 to $4 they don’t need to buy new servers and for hiring people to support those services,” Sebastian told MarketWatch.

Amazon, known primarily as an online e-commerce site which it operates, helped shake up the IT services market with Amazon Web Services. But Google is widely seen as a formidable challenger to Amazon’s cloud business.

“We believe that Google operates the largest cloud computing infrastructure, and its cloud services are unique in scale and leverage,” Sebastian wrote. “We estimate that Google’s cloud platform is generating roughly $1 billion in revenues and growing quickly driven in part by Gmail’s rapid adoption.”

Google is also in a good position to expand that business with the growing popularity of its Google Apps, Sebastian said.

“In coming years, we estimate cloud services should generate $10 billion in incremental revenues for Google, potentially larger than YouTube,” he added.