As companies increasingly rely on PaaS in their daily operation, Google today announced a quartet of support packages for the Google Cloud Platform services that provide customers the option of filing tickets or speaking one-on-one with Google tech support. The news follows an update to Google App Engine, which adds such features as support for the Java 7 runtime and Google Cloud Endpoints. 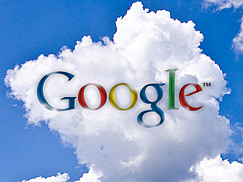 The Google Cloud Platform team has been working overtime to win over customers who have a wealth of PaaS options from which to choose, including Amazon, Google, Microsoft, Red Hat, Salesforce.com, VMware, CloudBees, Heroku, and Oracle.

Version 1.7.5 of App Engine doubles the amount of memory available for F4 and B4 instances and adds a feature that notifies apps when mail sent via App Engine fails to deliver. App Engine 1.7.5 also includes experimental support for Java 7 runtime and Google Cloud Endpoints, designed to ease the process of exposing code as RESTful and RPC services that can be consumed by Web and mobile applications.

Google also has updated Google Plugin for Eclipse, enabling developers to build App Engine back ends that communicate with client-side Android apps via Google Cloud Messaging for Android and Cloud Endpoints, according to the company.

As for the new support options , they cover the breadth of the Google Cloud Platform, which includes App Engine, Compute Engine, Cloud Storage, Cloud SQL, BigQuery, Google Prediction API, and Google Translate API. Until now, Google Cloud Platform users had to sift through Stack Overflow or Google Groups in search of answers to pressing cloud conundrums.

Options range from bronze to platinum. Bronze is free and provides customers with access to online documentation, community forums, and billing support.

The Silver option, which runs $150 per month, lets you email the Google support team with questions about product functionality, best practices, and services errors.

The Gold plan, which starts at $400 per month, includes 24/7 phone support and consultation on user-specific application development, best practices, or architecture questions. It also promises a one-hour response time for urgent issues.

Finally, the Platinum package includes direct access to a technical account manager, as well as a one-hour response time to urgent issues and a four-hour response to other issues. Google did not provide pricing details on this plan.