Anyone can now use the Google Compute Engine — the web giant’s answer to Amazon’s seminal EC2 cloud computing service. Well, anyone who’s willing to pay Google $400 a month for customer support. On Thursday, the company announced that you too can now use Google Compute Engine if you sign up for “Gold Support” program, which provides twenty-four-hour-seven-day-a-week access to Google support engineers for prices beginning at $400 a month. Previously, the service was only available to certain beta testers. 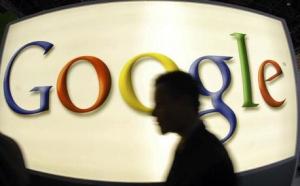 “You no longer need an invitation or a conversation with sales to get access,” the company said in a blog post. Uncloaked last summer, Google Compute Engine is an online service that provides instant access to virtual machines where you can run just about an software you like, including, say, your entire website. It’s a lot like Amazon’s Elastic Compute Cloud, or EC2, service, which first brought the cloud computing idea to the mainstream and is now widely used by startups and developers and so many others. According to one study, Amazon’s cloud services now run as much as one percent of the internet.

Google, you see, wants a piece of what has become a very large pie.

For years, Google has a offered a service known as the Google App Engine, and this too was a place where you could build and host software applications without setting up you own physical machines. But it only ran certain programming languages and certain types of software in certain ways. The idea was to make life easier for developers — to hide some of the hassle that comes with juggling raw virtual machines as you do on Amazon EC2 — but as Amazon showed, many developers want more freedom to run what they want.

Thus, Google is now offering Compute Engine as well. And the early reviews are good. Though this particular service is new, it runs atop the same infrastructure that underpins Google’s entire web empire — an infrastructure that most of the industry views as state of the art.

According to recent tests by a company called Scalr — an outfit that helps businesses manage their use of Amazon EC2 and other cloud services — virtual servers boot 4 to 10 times faster on Google Compute Engine than on EC2, and in some cases, the company says, you can move data onto Google as much as 20 times faster.