Google is letting more App Engine users choose to run their applications in a European data center, in order to improve performance for local users or to meet compliance demands. 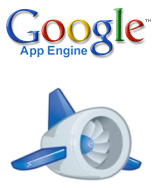 The ability to host applications in Europe was first announced in June, but was then only offered to users with a so-called Premier account, which cost $500 per month. Google is now changing that to include all paying users, the company said in a blog post on Thursday.

Each App Engine application can consume some resources for free, and users who need more have to switch to a paid app which costs from $2.10 per week.

The location of data and network latency in reaching it are important to developers, and Google is planning to let even more users host their applications in Europe in the coming months, it said.

Interested users have to fill in an online questionnaire, and will then be contacted by the App Engine team.

The questionnaire asks users if they are interested because of compliance, latency or some other reason.

The European expansion wasn’t the only App Engine improvement Google presented on Thursday.

Version 1.7.4 of the platform adds task queue statistics and traffic splitting on both Java and Python.

The latter allows users to split requests between different versions of their app, and the new statistics feature lets them see the current number of tasks in a queue and the number of tasks executed in the last hour.

On Java, Google has also made “significant performance improvements” to the JavaServer Pages (JSP) compilation process, and added a new Maven plugin, the company said.

Apache Maven is a software project management and comprehension tool, which can be used to manage a project’s build, reporting and documentation, according to the project’s website.

The App Engine team will now take a short break from its monthly release cycle over the holidays, but will be back to its normal schedule starting in February, it said.