A former Google executive has lambasted his ex-employer in a Goldman Sachs-style rant this week – claiming that the search company has been turned into an ‘ad company’ obsessed with harvesting people’s private information.

James Whittaker, a current Partner Development Manager at Microsoft and ex-Engineering Director at Google, posted the 1328-word attack on Google on his Microsoft blog this week.

‘Perhaps Google is right,’ writes Whittaker, ‘Perhaps the future lies in learning as much about people’s personal lives as possible.

‘The Google I was passionate about was a technology company. The Google I left was an advertising company.’ 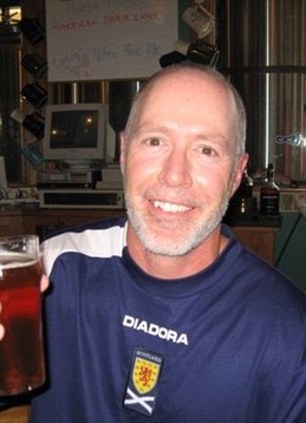 James Whittaker, a former Engineering Director at Google, says that the culture of the company changed under returning CEO Larry Page 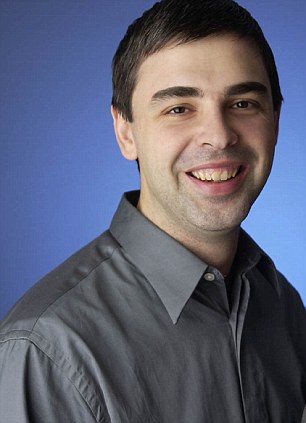 Larry Page in the early days of Google. The co-inventor of Google’s Search returned as CEO – but Whittaker claims his focus on ‘social’ apps and competing with Facebook damaged the company

The move comes in the wake of Google’s controversial new ‘privacy policy’, which allowed the search giant to ‘pool’ information from 60 separate services including Gmail, Google Search and Android phones, to create ‘personalised’ advertising.

Google ignored an international outcry to launch its new privacy policy on March 1 this year, despite concerns it may be illegal in the EU, as well as countries such as Japan and South Korea.

A coalition of 50 consumer groups in the UK and the U.S also wrote to Page to protest against the new policy.

Whittaker says that CEO Larry Page, who took over the company from Eric Schmidt, had a focus on ‘beating’ Facebook in advertising – which led the company to shift its focus from established products such as Google Mail onto its controversial social network Google Plus and other ‘social’ products built for advertising.

‘Google could still put ads in front of more people than Facebook, but Facebook knows so much more about those people. Google took it personally. Larry Page himself assumed command to right this wrong,’ says Whittaker.

The American Federal Trade Commission expanded its probe into Google to look at Google’s Plus network earlier this year, as part of an investigation into anti-competitive practices.

‘The old Google made a fortune on ads because they had good content. It was like TV used to be: make the best show and you get the most ad revenue from commercials. The new Google seems more focused on the commercials themselves,’ says Whittaker. 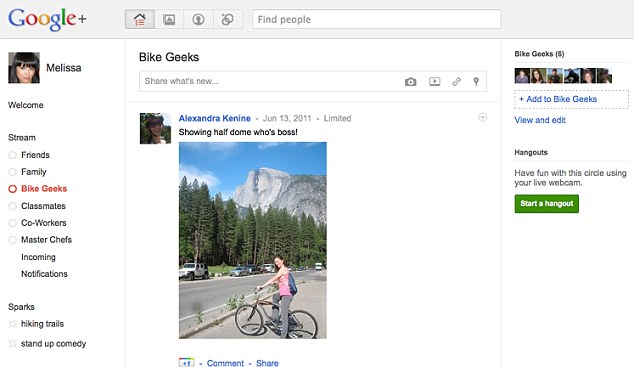 Whittaker was formerly a vocal supporter of Google’s products, which he documented in a page on Plus, Google’s social network.

He reveals that he now feels that Google has been sacrificed to serve the network.

His full post, hosted on a Microsoft MSDN blog, is below.

Ok, I relent. Everyone wants to know why I left and answering individually isn’t scaling so here it is, laid out in its long form. Read a little (I get to the punch line in the 3rd paragraph) or read it all. But a warning in advance: there is no drama here, no tell-all, no former colleagues bashed and nothing more than you couldn’t already surmise from what’s happening in the press these days surrounding Google and its attitudes toward user privacy and software developers. This is simply a more personal telling.

It wasn’t an easy decision to leave Google. During my time there I became fairly passionate about the company. I keynoted four Google Developer Day events, two Google Test Automation Conferences and was a prolific contributor to the Google testing blog. Recruiters often asked me to help sell high priority candidates on the company. No one had to ask me twice to promote Google and no one was more surprised than me when I could no longer do so. In fact, my last three months working for Google was a whirlwind of desperation, trying in vain to get my passion back.

The Google I was passionate about was a technology company that empowered its employees to innovate. The Google I left was an advertising company with a single corporate-mandated focus.
Technically I suppose Google has always been an advertising company, but for the better part of the last three years, it didn’t feel like one. Google was an ad company only in the sense that a good TV show is an ad company: having great content attracts advertisers.

Under Eric Schmidt ads were always in the background. Google was run like an innovation factory, empowering employees to be entrepreneurial through founder’s awards, peer bonuses and 20% time. Our advertising revenue gave us the headroom to think, innovate and create. Forums like App Engine, Google Labs and open source served as staging grounds for our inventions. The fact that all this was paid for by a cash machine stuffed full of advertising loot was lost on most of us. Maybe the engineers who actually worked on ads felt it, but the rest of us were convinced that Google was a technology company first and foremost; a company that hired smart people and placed a big bet on their ability to innovate.

From this innovation machine came strategically important products like Gmail and Chrome, products that were the result of entrepreneurship at the lowest levels of the company. Of course, such runaway innovative spirit creates some duds, and Google has had their share of those, but Google has always known how to fail fast and learn from it.

In such an environment you don’t have to be part of some executive’s inner circle to succeed. You don’t have to get lucky and land on a sexy project to have a great career. Anyone with ideas or the skills to contribute could get involved. I had any number of opportunities to leave Google during this period, but it was hard to imagine a better place to work.
But that was then, as the saying goes, and this is now.
It turns out that there was one place where the Google innovation machine faltered and that one place mattered a lot: competing with Facebook. Informal efforts produced a couple of antisocial dogs in Wave and Buzz. Orkut never caught on outside Brazil. Like the proverbial hare confident enough in its lead to risk a brief nap, Google awoke from its social dreaming to find its front runner status in ads threatened.
Google could still put ads in front of more people than Facebook, but Facebook knows so much more about those people. Advertisers and publishers cherish this kind of personal information, so much so that they are willing to put the Facebook brand before their own. Exhibit A: www.facebook.com/nike, a company with the power and clout of Nike putting their own brand after Facebook’s? No company has ever done that for Google and Google took it personally.
Larry Page himself assumed command to right this wrong. Social became state-owned, a corporate mandate called Google+. It was an ominous name invoking the feeling that Google alone wasn’t enough. Search had to be social. Android had to be social. You Tube, once joyous in their independence, had to be … well, you get the point. Even worse was that innovation had to be social. Ideas that failed to put Google+ at the center of the universe were a distraction.
Suddenly, 20% meant half-assed. Google Labs was shut down. App Engine fees were raised. APIs that had been free for years were deprecated or provided for a fee. As the trappings of entrepreneurship were dismantled, derisive talk of the ‘old Google’ and its feeble attempts at competing with Facebook surfaced to justify a ‘new Google’ that promised ‘more wood behind fewer arrows.’

The days of old Google hiring smart people and empowering them to invent the future was gone. The new Google knew beyond doubt what the future should look like. Employees had gotten it wrong and corporate intervention would set it right again.

Officially, Google declared that ‘sharing is broken on the web’ and nothing but the full force of our collective minds around Google+ could fix it. You have to admire a company willing to sacrifice sacred cows and rally its talent behind a threat to its business. Had Google been right, the effort would have been heroic and clearly many of us wanted to be part of that outcome. I bought into it. I worked on Google+ as a development director and shipped a bunch of code. But the world never changed; sharing never changed. It’s arguable that we made Facebook better, but all I had to show for it was higher review scores.

As it turned out, sharing was not broken. Sharing was working fine and dandy, Google just wasn’t part of it. People were sharing all around us and seemed quite happy. A user exodus from Facebook never materialized. I couldn’t even get my own teenage daughter to look at Google+ twice, ‘social isn’t a product,’ she told me after I gave her a demo, ‘social is people and the people are on Facebook.’ Google was the rich kid who, after having discovered he wasn’t invited to the party, built his own party in retaliation. The fact that no one came to Google’s party became the elephant in the room.

Google+ and me, we were simply never meant to be. Truth is I’ve never been much on advertising. I don’t click on ads. When Gmail displays ads based on things I type into my email message it creeps me out. I don’t want my search results to contain the rants of Google+ posters (or Facebook’s or Twitter’s for that matter). When I search for ‘London pub walks’ I want better than the sponsored suggestion to ‘Buy a London pub walk at Wal-Mart.’

The old Google made a fortune on ads because they had good content. It was like TV used to be: make the best show and you get the most ad revenue from commercials. The new Google seems more focused on the commercials themselves.

Perhaps Google is right. Perhaps the future lies in learning as much about people’s personal lives as possible. Perhaps Google is a better judge of when I should call my mom and that my life would be better if I shopped that Nordstrom sale. Perhaps if they nag me enough about all that open time on my calendar I’ll work out more often. Perhaps if they offer an ad for a divorce lawyer because I am writing an email about my 14 year old son breaking up with his girlfriend I’ll appreciate that ad enough to end my own marriage. Or perhaps I’ll figure all this stuff out on my own.

The old Google was a great place to work. The new one?