Google in 2013: Five things to watch for

The search giant has big plans for next year. Here are some big things we’re expecting, from Nexus to Kurzweil to Google Glass.

With just a handful of days left in 2012 — and a fighting chance we will avoid the Mayan apocalypse — it’s time to start forecasting what awaits us in 2013. Google had a big 2012, rolling out scores of new products while making countless adjustments to its old ones. In 2013, it will continue to face competition on all sides — and here are five things to keep an eye on as the New Year ramps up. 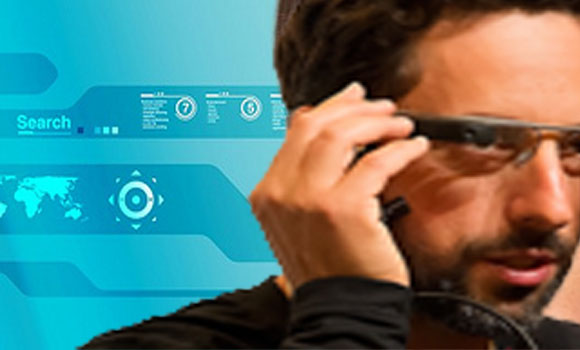 1. What’s next for Nexus? This year Google introduced its Nexus tablets to generally strong reviews, along with a Nexus 4 smartphone that showed a high-end smartphone can be sold, unlocked, for a highly competitive price. But while Apple trumpets millions of iPhones and iPads sold, we don’t have a clear sense of how many Nexus devices are selling. Shortages of Nexus tablets have been reported, and the Nexus 4 has been difficult to keep in stock. And yet absent a big marketing campaign or mainstream buzz, the Nexus devices are still at risk of looking like also-rans in a mobile world dominated by Apple and Samsung.

Google I/O is returning to the month of May this year, and I wouldn’t be surprised to see the next version of the Nexus 7 unveiled around that time. (The original launched at I/O this year.) The Nexus 10 is only a couple of months old, but we would also expect a refreshed version of the device sometime in 2013. As for the Nexus smartphone — it would be nice to see it able to access LTE networks. But getting U.S. carriers to pick it up will likely be a challenge.

2. Will developers go Android-first? It was in December 2011 that Google’s executive chairman predicted most developers would soon choose to develop for Android first. More than a year later, there’s little evidence that’s the case. Whether because of Android users’ reputation for being harder to monetize, or concerns about developing for the fragmented ecosystem, or other intangibles, big venture-backed startups often launch first with an iOS app. There are signs that this is starting to change. By some measures Apple and Google’s app stores are now roughly tied in the number of apps available on their platforms. But will Android become the premiere platform for app development? It’s something we’ll be watching closely in 2013.

3. How will the world respond to Google Glass? In 2013 Google will ship the developer preview of its head-turning wearable computer. Google Glass Explorer Edition, which was available for pre-order by Google I/O attendees this year for a mere $1,500, is set to ship early in the year. Since its existence was revealed, Google Glass has faced skepticism over why we would want to wear a computer on our heads. Explorer Edition will offer the first real answer to this question, with a device that lets users take photos and videos, send text messages, and (naturally) search Google. Better yet, developers will get access to a software development kit that lets them build their own software for Google Glass. Many analysts believe wearable computers are the next big battlefront in consumer technology, and early in 2013 we may see Google fire the first real shot.

4. Ray Kurzweil and the future of search. The heart of Google remains its unparalleled search engine, and the company took dramatic leaps in 2012 to enhance its core product. The Knowledge Graph it introduced in May has tripled in size in seven months, and all indications are that it will continue growing quickly in 2013. It’s all part of an effort to build a “Star Trek” computer — one that can answer any question you might have, instantly, using natural language. Google says it’s still in the early stages of that effort, but the hiring of Ray Kurzweil in late 2012 suggested those efforts are about to ramp up. Kurzweil, the famed futurist and popularizer of the Singularity, has long worked on artificial intelligence projects. Now that he’s bringing his work on machine learning and natural language processing to Google, that “Star Trek” computer could be a step closer to reality.

5. What becomes of the Q? A minor question, maybe, but one I find myself thinking about all the time. Will the Nexus Q, that odd streaming-media device that Google shelved shortly after its introduction, ever see the light of day? In theory, the good-looking Q could function as a powerful streaming device that could compete with Apple TV, Roku, and others. Google has said nothing about the device since it got that early “feedback” — namely, near-unanimous critical reviews asking Google why it planned to charge $300 for a device that could only stream content from the Google Play store and YouTube. (The New York Times’ David Pogue: “I can think of only one class of customer who should consider buying the black Nexus Q sphere: people whose living rooms are dominated by bowling-ball collections.”) And yet there’s evidence the Q might not be gone for good. For starters, Google has maintained a product page for it on the Play Store, where it is listed as “not for sale at this time.” Then there’s the considerable investment Google made in building the device — and price and capabilities aside, it’s a good-looking and potentially powerful product. Finally, efforts like Google TV show the living room remains a high priority for Google. All of which suggest that 2013 could see the return of the Q. I’ll be watching.

Those are some big questions about Google in 2013, but there are others. How will its rumored settlement with the Federal Trade Commission over antitrust issues play out? What’s the next chapter in its evolving relationship with Apple? Will it start reaping some benefits from its purchase of Motorola? Will it sell the set-top box business? Will it make another big purchase? Can Google+ compete with Facebook as a destination? Will I see the inside of a self-driving car?