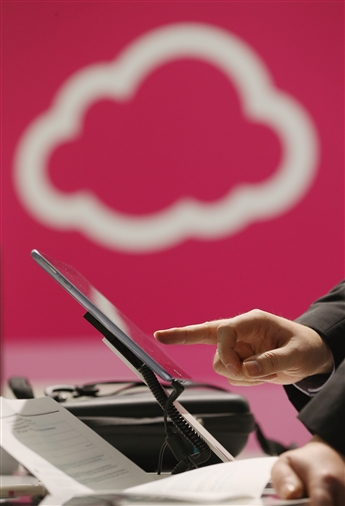 “Cloud does favor scale; the top players have it in orders of magnitude that others can’t come close to,” Staten said. “To compete with the Amazons of the world, they’re going to need scale and to build out data centers in front of customer demand.”

Like Amazon, Google is expected to offer rock-bottom prices for cloud infrastructure-as-a-service (IaaS). “Google may eliminate the opportunity for some others to grow,” Staten said.

In IaaS, customers rent computer servers and data storage in remote data centers and access their apps and data via the Internet.

New competition is also coming from VMware (VMW), whose server software is widely used in corporate data centers. VMware, 80% held by data storage firm EMC (EMC), this month revealed plans to launch public cloud services of its own, focused on existing customers. IaaS is a public cloud service. Clients of Amazon and others share computer servers and storage.

The public IaaS market is projected to reach $9.2 billion in 2013, up from $6.2 billion in 2012, says research firm Gartner. That doesn’t include software-as-a-service (SaaS) and other services delivered via the cloud.

With so much cloud revenue up for grabs, more companies are jumping in.

“The continued success of AWS is getting the attention of companies like VMware, IBM and Google,” said Stifel Nicolaus analyst Todd Weller.

IBM early this month disclosed plans to make “OpenStack” cloud software a key part of its strategy for public as well as private clouds, which essentially are internal data centers operated by big businesses. By tapping OpenStack, which aims to be a global, open standard, IBM revealed it would now rely less on VMware, analysts say.

The cloud market is getting crowded as big companies like Microsoft (MSFT) and Hewlett-Packard (HPQ) take on a slew of smaller companies that besides Rackspace and SoftLayer include GoGrid and Bluelock. IBM, EMC and AT&T (T) are among companies said to be interested in cloud acquisition.