The new availability regions, dubbed ‘asia-east1-a’ and ‘asia-east1-b’, give Cloud Platform customers a lower-latency point to serve the growing number of users in Asia. 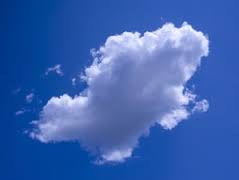 “Now, more developers in Asia Pacific can experience the speed and scale of Google’s infrastructure with the expansion of support for Cloud Platform,” Google announced on Monday.

The new regions follow the opening of Google’s Taiwan and Singapore datacentres in December 2013, which came with plans to invest $600m and $120m respectively in the two locations.

One feature distinguishing its Asia zones from European and US zones is that instances created in Asia will use newer Ivy Bridge processors, whereas instances in other regions use Sandy Bridge.

The two Asia regions also launch with Google’s new software defined networking stack, Andromeda, which currently power its us-central1-b and europe-west1-a zones and will be coming to other zones in the next few months.

The Asia zones also come with Google’s ‘Transparent maintenance’ service, which should keep workloads up and running even during maintenance. It’s currently available in the US and Asia but not Europe.