A Google engineer concluded on his Google+ page last week that a cloud platform can’t be built without some form of lock-in. That’s evidently true but there really is one main reason for making such a point. Google wants to show that it is not much different from its competitors when it comes to this hot topic with cloud customers. 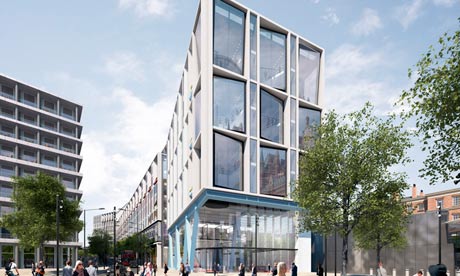 The post by Google Engineering Director Peter Magnusson has to be read with a dash of skepticism. Magnusson does focus on the lock-in issue with Google App Engine (GAE), but he also uses the topic to show the difference between its managed services and the infrastructure as a service (IaaS) from a provider like AWS. He says without restrictions Google could not offer the service that it does. What they do try to do is offer alternatives such as from services like AppScale.

Reading into what Magnusson says, it appears that some customers are not accustomed to the restrictions that come with Google App Engine: The run-time environment is different and customers can’t make systems calls, write directly to the file system, or choose their own operating system.

In the end, Magnusson says that lock-in is inevitable for Google to offer the service that it does with GAE:

GAE comparess to other PaaS providers such as Cloudbees, Heroku, and AppFog, acquired in June by CenturyLink.  Google abstracts the actual hands-on work of managing the infrastructure that is a hallmark of other services. That means there are certain aspects of Google’s app service that have to be restricted. These restrictions allow Google to take responsibility for a customer’s firewall, most denial of service attacks, viruses — the list goes on.

The upside, Magnusson argues, is that for most mobile and web apps, instances can be started quickly, allowing apps to scale fast. Google manages that scale and the problems that arise when, for example, an app has to be moved to another data center.

But the real problem are closed, custom APIs that lock customers into a proprietary platform. People on Twitter who responded to my question about the issue pretty much universally agreed that some form of lock-in is inevitable.