Google Expands Offices To Increase Presence In The Cloud (NASDAQ:GOOG)

Google is taking on Microsoft and Amazon for the lead in the cloud computing market. The company has verified that it’s doubling its office space near Seattle and is actively searching for engineers to work on its cloud technology. Google is adding 180,000 square feet of space to its Kirkland, WA offices, making it the third largest facility the company owns in the U.S. The facility will include all of the perks you’d expect from Google, like espresso bars, massage parlor, and climbing walls. 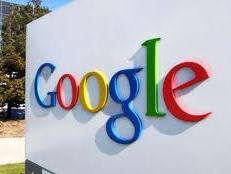 Google says the computing services will be a new source of profit and another way for the company to improve the Internet. In cloud computing, there are several computer servers joined together that create a machine capable of storing data, handling websites, and powering mobile apps on a massive scale. The market provides services for companies of all sizes, including government agencies and software developers. Those customers need low cost servers for their data storage and collaboration needs.

Analyst feel the move is more about taking on rivals, such as Amazon and Windows. Cloud computing is already in full swing with services like A.W.S. (Amazon Web Services) and Windows Azure. Brian Goldfarb, leader of Google’s cloud computing platform, said “We’re not the first in this rodeo, but we have the history of Google.” He continued, “We have the best data centers on the planet. You can’t really give engineers a bigger, badder thing to work on.”

Google has work to do in order to strengthen its corporate business ties. People who have used Google’s cloud service say it’s inexpensive and capable, but lacks the features provided by Amazon. The company is following the lead of Amazon by offering a platform that works beyond its own Google services. Amazon earned $800 million last year from cloud services. And even though Google sells cloud-based word processing, storage and spreadsheet tools, it’s still much smaller than Microsoft’s operation.