If the enterprise has been waiting for Google Compute Engine, it’s now available. But is Google’s cloud platform reallyready for the enterprise? That’s the question that occurs to me every time I read another headline about how, this time, Google is departing from its focus on the brilliance of its own information-gathering mechanisms and addressing the needs of the enterprise. 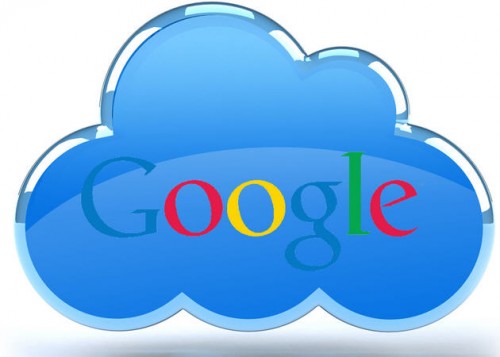 Is it? Really? I have found Google to have a deaf ear to business needs in the past. There were those quotas on I/Os and API calls that Google imposed on early App Engine users to teach them not to overtax a service that Google had just launched. That didn’t inspire a sense of unmitigated commitment in enterprise users. Perhaps quotas are ancient history now, but the culture and point of view that spawned them might still be hanging around.

What about those thousands of businesses that dared to think there might be a Google alternative to Microsoft Office? Google tried to convince as many listeners as it could that Google Docs, later Google Apps, was here to stay, “a service available at no cost to organizations of all shapes and sizes.” Free Google Apps ended without warning in December, and now many enterprises understand Google’s commitment to products is tentative and dependent on their revenue streams, not so different from everyone else. What’s Compute Engine’s revenue stream going to be two years from now?

Were you a startup in 2010 that came to rely on Google Cloud Store? Well, Google decided to charge for the CPU use involved and, guess what, performance swirled down the sink drain. Google apologized and stopped charging, but not before some customers found performance so unreliable that they went elsewhere. And startups are the kinds of enterprises with the greatest tolerance for Google’s vagaries.

With the announcement of Compute Engine availability, are IT managers going to start dancing to the beat of the Python drum, the primary language of Google’s own systems, or did Google mean to extend its appeal by starting to talk about PHP? The subject of PHP came up at the same time as Compute Engine general availability, although a PHP runtime will be available initially only on App Engine, Google’s development platform, not Compute Engine.

Still, if Google sees lots of applications developed on App Engine in PHP, its most requested language, surely it will allow them to be run on Compute Engine soon. Talking about PHP is one way for Google to escape seeming like such an inward-focused company, one that heretofore has been out of touch with the proliferating, dynamic languages used by large companies on the Web.

“We’re bringing one of the most popular Web programming languages to App Engine so that you can run open source apps like WordPress,” wrote Urs Holzle, senior VP, about PHP on the Google Cloud Platform blog May 15. So Google is just getting around to discovering that users might like to run WordPress. It doesn’t give me a feeling that they have great insight into the needs of small or large enterprises.

Amazon, meanwhile, routinely hosts a wide variety development languages and technologies, in part because it’s a hospitable environment for Heroku and other third parties that specialize in offering them. With Google, there’s still an air that the technologies it chooses and uses itself will be the ones that are made available. So a PHP runtime on App Engine is a step in the right direction; it gets the number of supported languages up to an underwhelming three. (Java is the other one.)

Google announced general availability for Compute Engine at Google I/O 2013, 11 months after launching it with significant fanfare. It was first available only in limited preview — to a few experimenters from whom Google wanted feedback — then a month ago to Gold support customers paying $400 a month. Enterprises that wanted to test Compute Engine or conduct an experiment with it were kept out for almost a year.

I shouldn’t complain. That’s a speedy march to general availability for Google. App Engine for Business, with features that showed Google understood what business needed — a central administration console, security — was announced as being available in “technology preview” in May 2010. If you’re a business, should you adopt an offering that’s not yet a supported product? Nevertheless, App Engine stayed in technical preview until March 2012, when it was discontinued with a hand-wave explanation. “Almost all the features you wanted in App Engine for Business will now be available to all App Engine developers in an upcoming release,” said the developer blog. So you want the business version of our product? Just wait, its features eventually will be embedded in the consumer product, if you understand how we work around here.

Google’s lateness in getting Compute Engine to market is also worth noting — most companies try to deliver the product they just announced in the next quarter — but we all know at this point we shouldn’t judge Google by the same standards we apply to other companies. In Google’s view, it’s just-in-time marketing because so many companies haven’t adopted the cloud yet. Yes, but they’ve tested and run their first applications in the cloud, and chances are high they didn’t test on Google.

But the tipoff that Google might still not be ready for the enterprise market, to me, came with its announcement of Compute Engine pricing. Google will charge $0.132 an hour for an n1-standard virtual server. That’s a server with a virtual core that’s roughly equivalent to Amazon’s M-1 medium server. Both come with 3.75 GB of memory, one virtual core CPU and similar disk storage: 410 GB for Amazon and 420 GB for Google. But Amazon is charging only $0.12 an hour. Compute Engine falls short of Amazon Web Services’ aggressive pricing, while Microsoft Azure comes very close to matching AWS. Google is one of the few other companies with such a broad revenue stream that it could match AWS if it’s in the cloud market to win enterprise customers. But at that price, it’s barely making a race of it.

Enterprise customers are moving to the cloud for agility and flexibility in their computing resources, but also for price, regardless of what surveys try to tell you. The difference of a penny an hour across thousands of servers for each day of the year adds up in a way that enterprise CIOs understand very well.

Google has got one of the best cloud architectures in existence on which to base a general-purpose, infrastructure-as-a-service for the enterprise. But building a modern compute architecture and serving the enterprise remain two different things. Until Google makes some move to prove otherwise, I am doubtful Compute Engine is an enterprise contender.