Here’s what you thought you knew about Google’s Chromebook laptops: They’re designed for Internet computing and are known for plain designs and bargain-basement prices. The former is still true. You’re supposed to be connected to the Internet when using a Chromebook, at least a good chunk of the time. But the latter is now only partially the case. You can still purchase an Acer Chromebook in the Google Play store for a mere $199, or spend $50 more for a Samsung model. 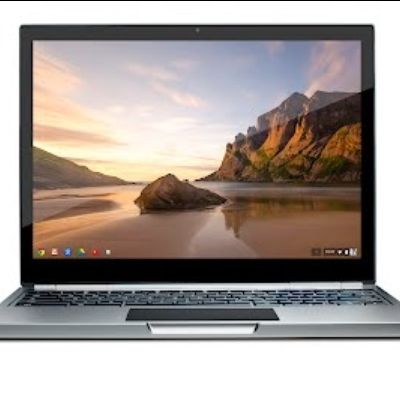 But the new Chromebook Pixel laptop that began shipping this week is not only beautiful, it fetches $1,299 for a Wi-Fi-only model. The Pixel that I tested is even pricier, a $1,449 model that complements Wi-Fi with fast LTE cellular service from Verizon Wireless. It ships in April.

With Pixel, Google is now competing in the high rent-computing district against Apple’s MacBook Air and entry-level MacBook Pros, as well as some of the more expensive Windows 8 Ultrabooks. Pixel belongs in the discussion.

Indeed, my test unit was an immense pleasure to use, but I’m still hesitant to recommend the machine to everybody. Aside from its high price, Pixel has puny onboard storage, so-so battery life, and perhaps most important, is diminished when you’re offline, since the Web-based Chrome operating system at its core mostly depends on a pipeline to the cloud. Sadly, you cannot watch a movie you buy or rent from the Google Play store when you lack an Internet connection, which you’d otherwise figure to be a major offline use on a plane.

There’s certainly no mistaking Pixel’s premium pedigree. The hardware is crafted from anodized aluminum. Pixel is a handsome, solidly built gray 3.35-pound machine with a high-resolution 12.85-inch Gorilla Glass touch-screen that is something to behold. The computer is so named because of the stunning screen, which rivals the Retina displays on some MacBook Pros. It packs 4.3 million pixels — more than twice as many, Google emphasizes, as a standard HDTV. In techie terms, it has a pixel density of 239 pixels per inch, a measure of sharpness that tops its laptop rivals. Google has oriented the screen with a so-called 3:2 aspect ratio that is designed to show off the Web.

Google paid close attention to the design elements. An LED on the back cover lights up in different colors to add a nice aesthetic. A sturdy piano hinge lets you open and close Pixel with a thumb. Google says the hinge dissipates heat and augments Wi-Fi antennas.

The back-lit Chrome keyboard is first rate, and so are the hidden and surprisingly powerful stereo speakers. Vents and screws are also concealed.

The glass-etched trackpad is smooth and responsive. There’s an HD webcam you might put to work in a Google Hangout. The machine has a pair of USB 2.0 ports and a memory card reader. Inside, Pixel has a 1.8-GHz Dual Core Intel Core i5 processor. The combination of hardware and software led to a zippy experience.

While the onboard storage is quite modest — just 32 gigabytes on the solid state drive that is on the Wi-Fi-only model or 64GB on the step-up model, Google provides a complimentary 1 terabyte of storage on Google Cloud Drive for three years — another recruiting effort for cloud computing. A separate bonus is aimed at frequent fliers: You get a dozen free sessions of GoGo Inflight Internet.

Google says there are now hundreds of available apps in the Chrome Web Store that work without an Internet connection, with more coming. The current list includes Angry Birds, Kindle Cloud Reader and off-line Gmail. You can use Google Docs off line, too. Overall, the store has tens of thousands of apps, all of which work on a Chromebook. But while you can listen to songs you download when you’re off line, purchased movies and TV shows from Google Play require that cyberconnection, a drawback on Chromebook that you’d hope will get fixed at some point.

By embracing a touch-screen, Google is following a path similar to the one Microsoft is taking with Windows 8 in pushing a technology that is only now starting to show up on more laptops. By contrast, Apple is eschewing touch-screens on Macs, at least for the moment. For the most part, you’ll stick with the mouse and keyboard, too, even on a touch-screen computer such as Chromebook. But touch made it simpler to navigate Google Maps and to travel through an interactive 3D visualization of the solar system known as 100,000 Stars. I was able to “pinch to zoom” on the Stars site, but this popular touch gesture is not currently available on all sites.

One snag: I couldn’t play a few “.mov” video files that were on an inserted memory card, even though Google says “.mov” is a supported video format.

As with other Chromebooks, setup is a breeze. The computer boots up quickly, and Google can serve up regular updates to keep the operating system fresh and free of viruses. There have been 14 major Chrome versions since the beginning.

One future update could please businesses: integration with QuickOffice, a Google-owned app that will let you open and edit Microsoft Office files within their native format, without you having to rely on Google Docs.

Google says you’ll get about 5 hours of battery under “normal” use. In my own harsh battery test, in which I cranked up the brightness all the way and streamed a movie over Wi-Fi, the battery pooped out after 3½ hours.

Is Pixel worth buying? I suspect the folks who do will be perfectly happy, at least when they have an online connection and are near a power source. Touch is a nice benefit, too, even if you don’t use it much. The computer is fast, attractive, and secure, and with a display that’s tough to match.

Pixel isn’t for the mainstream, yet. But it is the kind of showpiece Google can use to make the case that it, too, can deliver pretty impressive hardware.